Watch: A Compilation Of Fox News Lies About President Obama 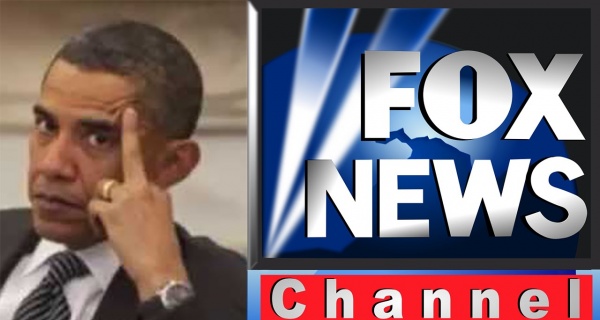 Date Posted: Friday, June 15th, 2018
Trumpists complain about the biased way they feel the media treats Trump. But, history will not forget the abhorrent way the conservative media lied about Barack Obama during his presidency. Fascist, communist, socialist and racist were some of the false accusations hurled at him. We wonder how he had the fortitude to survive eight years of this. But, he took all the arrows that would cause many a man to succumbed to quickly.

History isn't going to forget. Fortunately we have it all on tape.

Here's few quips from the video below:
"Not my president," said Sean Hannity.
"The Manchurian candidate couldn't destroy us faster," said Glenn Beck.
"Shamelessly say no," Rush Limbaugh said. "I want him to fail."
"He wants to transform exceptional private enterprise America into neo-socialist Europe," said Stuart Varney.
"We have a president and a Bolshevik, Democratic Congress," said Joe Cramer.

"I think he is using racial anxiety for political gain," said Tucker Carlson.

"I have got a President who I believe actively dislikes people like me," said Dennis Miller.
"We have to bend over, grab the ankles," said Rush Limbaugh. "Bend over forward, backward whichever. Because he is black. This is our first black president.
What he is trying to do is rekindle the sense of black victimization," said Dick Morris.
Watch they had to say: