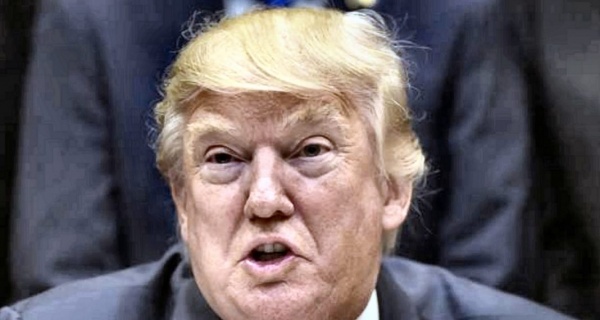 Date Posted: Thursday, June 14th, 2018
In an interview with Bret Baier from Fox News, Donald Trump claimed that “one of the things I was given” during the summit with Kim Jong-Un was a commitment from the North Korean leader to return the remains of the 5300 U.S. military personnel that died as a result of the Korean War.
Because Trump and Kim met alone, except for the presence of translators, we may never know if this commitment was really made.
But, Trump went on to make a preposterous claim that we know can’t be true.
"The soldiers that died in Korea, their remains are gonna be coming back home," Trump began. "And we have thousands of people that have asked for that. Thousands and thousands of people. So many people asked when I was on the campaign... when you can, president, we'd love our son to be brought back home. You know, the remains."
Now, thousands and thousands of people are wondering where did these "thousands and thousands" of parents of vets come from since the Korean War ended in 1953.
Let’s do the math.
The Korean War ended in 1953, sixty-three years before he was on the campaign trail in 2016. The average age of Korean War vets is 87, according to MSNBC’s Morning Joe show. Assuming they were born to parents who were as young as 18 means the “thousands and thousands or people” who want their sons brought home were no less than 105 when Trump was on the campaign trail. Really? Thousands of 105-year olds?
Twitter erupted in disbelief.
An 18-year-old parent of an 18-year-old soldier killed on the last day of the Korean War would have been 99 years old in 2016. Trump says "so many" of them reached out to him personally during the campaign.
- Angus Johnston
My dad, who died ten years ago, was a Navy doctor during the Korean War.
*His* parents—the generation Trump is talking about—were born around 1900, and were not around during the 2016 campaign.
- James Fallows
My grandfather fought in the Korean War and would’ve been 85 years old this year. He was 18 when he went to Korea. His parents would’ve been 105 and 117 if they were alive today. Trump’s story is a load of crap.
- MCTeacher
And, finally:
This man is nuts and liar my father was in the korea war he would have been 96 year old this parent would have been over 110 year old . People stop drinking the cool aid he lied about everything for the love of country VOTE him out.
- Brenda Sabatini
Thank you, Brenda, we agree completely!
Watch the first 25 seconds of the clip below to hear Trump's lie go unchallenged by the Fox News interviewer.