Trump's America: Asylum Seeker Said To Commit 'Suicide' After ICE Separates Him From His Family 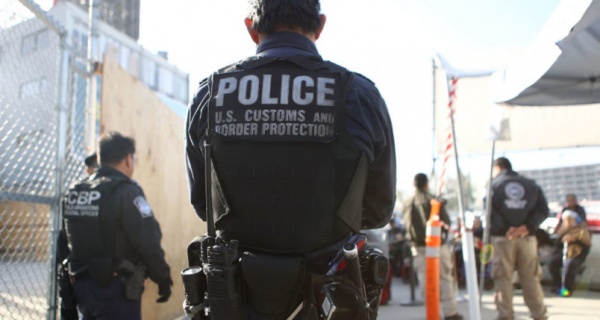 Date Posted: Tuesday, June 12th, 2018
A Honduran father separated from his wife and child suffered a breakdown at a Texas jail and killed himself in a padded cell last month, according to Border Patrol agents and an incident report filed by sheriff’s deputies.
The death of Marco Antonio Muñoz, 39, has not been publicly disclosed by the Department of Homeland Security, and it did not appear in any local news accounts. But according to a copy of a sheriff’s department report obtained by The Washington Post, Muñoz was found on the floor of his cell May 13 in a pool of blood with an item of clothing twisted around his neck.
Starr County sheriff’s deputies recorded the incident as a “suicide in custody.”
Muñoz’s death occurred not long after the Trump administration began implementing its ­“zero-tolerance” crackdown on illegal migration, measures that include separating parents from their children and the threat of criminal prosecution for anyone who enters the United States unlawfully.
Much of the controversy generated by the approach has centered on its potentially traumatic impact for migrant children, but the government has said little about how it handles parents who become mentally unstable or violent after authorities split up their families.
Officials at U.S. Customs and Border Protection in Washington, which oversees border enforcement, had no immediate comment on Muñoz’s death nor the whereabouts of his wife and child. Starr County authorities refused to provide a copy of Muñoz’s autopsy report and did not respond to several phone messages requesting more information about the cause of death.
An official at the Embassy of Honduras in Washington, Assunta Garcia, said the nation’s ambassador was the only person authorized to comment on Muñoz’s death. But Garcia said he was too busy attending to a visit from President Juan Orlando Hernández.
According to Border Patrol agents with detailed knowledge of what occurred, Muñoz crossed the Rio Grande with his wife and 3-year-old son on May 12 near the tiny town of Granjeno, Tex. The area is a popular crossing point for Central American families and teenagers who turn themselves in to apply for asylum in the United States.
Soon after Muñoz and his family were taken into custody, they arrived at a processing station in nearby McAllen and said they wanted to apply for asylum. Border Patrol agents told the family they would be separated. That’s when Muñoz “lost it,” according to one agent, speaking on the condition of anonymity to discuss the incident.
“The guy lost his s---,” the agent said. “They had to use physical force to take the child out of his hands.”
Muñoz was placed in a chain-link detention cell, but he began punching the metal and shaking it violently, agents said.
Though Muñoz did not attempt to assault Border Patrol staff, he was at that point considered to be “pre-assault” because he was so agitated. As one agent described it, Muñoz “had the look of a guy at a bar who wanted to fight someone.”
“We had to get him out,” the agent said. “Those cells are about as secure as a dog kennel. He could have hurt someone.”
Unruly detainees typically are taken to local jails, where they can be placed in more secure settings or isolation cells, known as administrative segregation. Border Patrol agents found a vacant cell for Muñoz 40 miles away at the Starr County Jail in Rio Grande City. When they attempted to place Muñoz in the van, he tried to run away and had to be captured and restrained.
“He yelled and kicked at the windows on the ride to the jail,” an agent said. Shackled and handcuffed, Muñoz attempted to escape again upon arrival and once more had to be restrained.
According to the sheriff’s department report, Muñoz was booked into the jail at 9:40 p.m. He remained combative and was placed in a padded isolation cell, it says.
Guards said they checked on Muñoz every 30 minutes and observed him praying in a corner of his cell the following morning.
A guard who walked by the cell at 9:50 a.m. said he noticed Muñoz lying in the center of the floor, unresponsive and without a pulse. The guard “noticed a small pool of blood by his nose” and “a piece of clothing twisted around his neck which was tied to the drainage location in the center of the cell,” according to the incident report filed by the sheriff’s department that morning.
Paramedics found Muñoz dead, his electrocardiogram showing a “flat line,” according to the report. The sheriff’s department said it attempted to contact Honduran authorities who could reclaim Muñoz’s body, but they received no answer at a consulate. Muñoz’s wife and son were later released from Border Patrol custody, according to one agent.
Another agent familiar with what happened said he couldn’t understand why Muñoz “would choose to separate himself from his family forever” by taking his own life. Homeland Security officials say they are doing more to explain the separation process to parents and have set up a special hotline to help them locate their children after several reports of migrants being sent back to Central America while their children remain in U.S. foster care thousands of miles away.