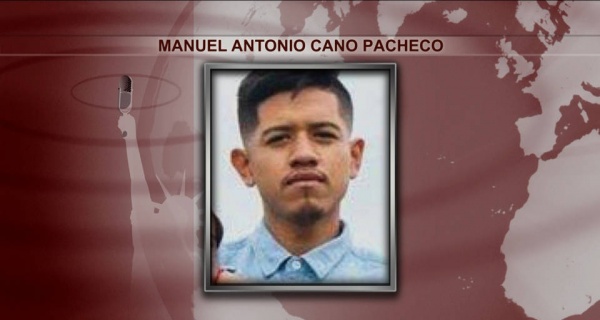 Manuel Antonio Cano Pacheco spent 16 years in the US. He arrived when he was 3 and returned to Mexico — “voluntarily,” but escorted by Immigration and Customs Enforcement (ICE) agents — when he was 19.

That was April 20. Three weeks later, as the Register writes, he was dead:

Manuel was passionate for car mechanics and was attending a course on that at Des Moines’ Central Campus. “He told me he had a scholarship to a college in Chicago for mechanics,” Verduzco said.

Instead, a Go Fund Me account recently helped pay for his funeral in Mexico.

In Zacatecas, Manuel had gone out to get food with an acquaintance of his cousin’s, who apparently was known to the killers, Verduzco said. “He was in the wrong place at the wrong time.” Both were killed. Manuel’s throat was slit.

Pacheco lost his DACA protections because he had a criminal record — but the revocation wasn’t automatic. At the time that US Citizenship and Immigration Services revoked Pacheco’s DACA, he had been convicted of two misdemeanors — one a “minor drug offense” and the other an unspecified crime. That isn’t enough to make someone ineligible for DACA, which requires a “significant misdemeanor” or three other misdemeanors. (Pacheco was ultimately convicted of two more misdemeanors, including driving under the influence, after he lost his protections under DACA — as part of what friends described to the Register as a downward spiral.)

ICE decided, based on the first convictions, to issue a notice for Pacheco to appear in immigration court for removal proceedings. According to the American Civil Liberties Union’s Katrina Eiland, who’s working on a lawsuit accusing the federal government of illegally terminating some immigrants’ DACA protections, that’s happened much more under Trump than Obama: “The big change seems to be a major uptick in ICE placing DACA recipients who are still eligible for DACA in removal proceedings.” That’s what happened here.

And once ICE places an immigrant in removal proceedings, USCIS typically decides to revoke their DACA permits — as they did here. But that, too, isn’t an automatic requirement; it’s a decision the agency made.

Pacheco is almost certainly not the first person to be killed shortly after his return to the country of his birth. In 2017, the Dallas News wrote that deportees “have become easy prey for violent criminal groups desperate for money,” who hold them for ransom that relatives still in the US are pressured to pay. The deportee profiled in the Dallas News story was released after several days (and after threats of death and torture) because his US-born girlfriend paid the $4,000 ransom. Not all deportees have such fortunate connections.

We only know about Pacheco’s death because of the Des Moines Register story — which was compelling because he had lived in the US for so long, and because he would have graduated from high school last month had he not returned to Mexico. We don’t know how many people who were denied asylum in the United States as the Trump administration attempts to tighten the process, or who decided to drop their asylum cases rather than stay in detention for months on end (in some cases, separated from their children), returned to their home countries to be killed.

It’s always impossible to accurately measure the death toll of a policy; it’s difficult to determine whether a death would have happened had the policy not been in effect, and it’s impossible to measure whether the policy has saved lives in addition to taking them.

What we do know is that people are dead who did not have to be, who would not have been.