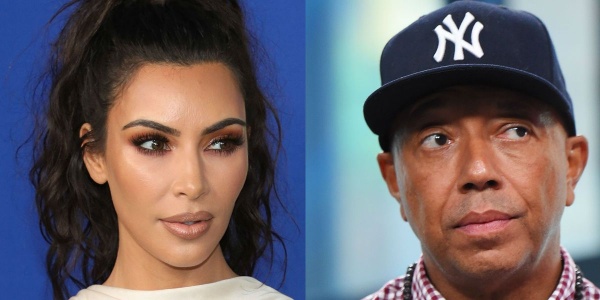 *Following news that Donald Trump’s administration granted a clemency request from Kim Kardashian for the pardoning of 63-year-old Alice Marie Johnson, disgraced music mogul Russell Simmons took to social media to explain why he doesn’t believe the move was “best,” news as Kardashian described it

Johnson served 20 years of her life sentence without the possibility of parole in Aliceville, Alabama, for a first-time nonviolent drug offense. After Kim Kardashian met with Trump last week, Johnson has was released from prison on June 6.

After seeing Kim’s tweet and the hype she and Trump have stirred up over Johnson’s release, Simmons suggested Trump is using Alice as a deflecting tactic to take the focus off larger issues occurring under his presidency:

“That’s not ‘best news’ at least better news would be if he put back the change we got [President Barack Obama] to implement,” Simmons responded to The Shade Room’s coverage of Kim’s tweet. “That he and his attorney general rescinded.”

Simmons added that his message was not to shade to Kim, but rather to warn advocates and freedom fighters to not lose sight of the larger picture under Trump’s administration.

A vox.com article noted that Obama pulled back the federal war on drugs. but Trump and Sessions are undoing that work.

While most people in state and local [jail] facilities are not locked up for drug offenses, most states’ continued practice of arresting people for drug possession destabilizes individual lives and communities. Drug arrests give residents of over-policed communities criminal records, which then reduce employment prospects and increase the likelihood of longer sentences for any future offenses.

People of color are dramatically overrepresented in the nation’s prisons and jails. These racial disparities are particularly stark for Blacks, who make up 40% of the incarcerated population despite representing only 13% of U.S residents.

Higher overall incarceration rates among minorities not only destroys Black communities but also benefits private sector prison owners who earn larger government stipends, based on the number of prisoners they continue to house each year.