Putin: 'Trump And I Regularly Talk Over The Phone' 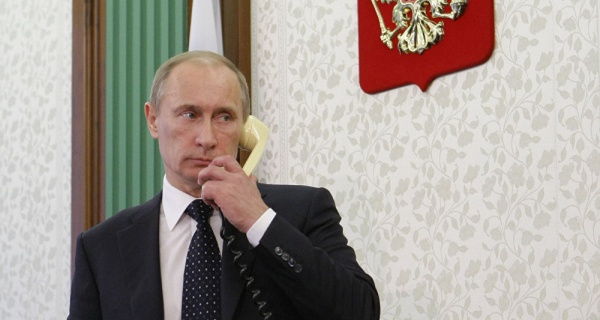 The Russian leader was responding to a question about special counsel Robert Mueller's February indictment of 13 Russians and three Russian organizations when he brought up his relationship with the American president.

"Indeed, Donald Trump and I have, firstly, met more than once at various international venues," Putin said according to an official transcript available on the Kremlin's website. "And secondly, we regularly talk over the phone," he said.

Neither the White House nor the Russian Embassy responded to requests for comment from CNBC. The two presidents have spoken by phone eight times since Trump was elected, according to readouts available on the White House website.

Putin also addressed the possibility for a summit between Russia and the United States, saying it depends on America's "internal political situation."

"The congressional election campaign is getting underway and then there will be the next presidential election, and the President of the United States is coming under attack over various matters," Putin said.

The interview comes amid a backdrop of worsening U.S.-Russian relations, as Mueller continues to investigate whether any of Trump's associates have had improper dealings with Russia during the 2016 presidential election. Trump has denied any wrongdoing and regularly calls the investigation a "witch hunt."