The Obamas Sign Deal With Netflix To Produce Shows 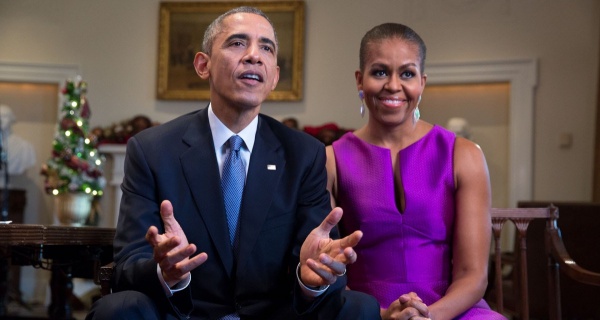 Netflix announced the deal on Monday, detailing that the partnership could potentially include "scripted series, unscripted series, docu-series, documentaries and features" exploring issues and subjects the president explored during his eight-year White House tenure.
"One of the simple joys of our time in public service was getting to meet so many fascinating people from all walks of life, and to help them share their experiences with a wider audience," Barack Obama said in a statement. "That's why Michelle and I are so excited to partner with Netflix – we hope to cultivate and curate the talented, inspiring, creative voices who are able to promote greater empathy and understanding between peoples, and help them share their stories with the entire world."
In her own statement, Michelle Obama emphasized the "power of storytelling to inspire us, to make us think differently about the world around us, and to help us open our minds and hearts to others."
The Netflix endeavor marks the former president's first major public project since leaving the Oval Office in January 2017. Last year, the Obamas signed a $65 million book deal with Penguin Random House to publish their own respective books.