China's Threat To America Is Real 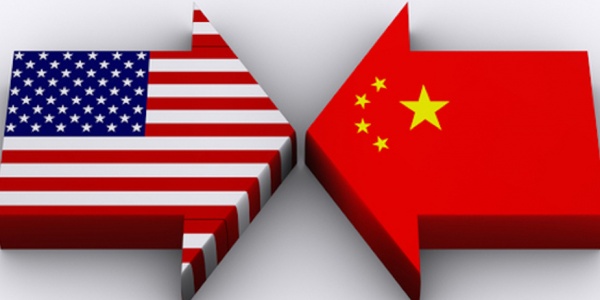 China has outlined strategies for 2018, 2025 and 2050 all designed to displace the United States as the dominant global economic and national security superpower.

Why it matters: While America dawdles and bickers, China is thinking long-term — and acting now, everywhere. There is no U.S. equivalent of a plan for 2025 or 2050 — or really for next year.

China is pouring time, money, infrastructure and trade into every continent, after promising to fill the global void created by Trump’s America First.

*China also has the authoritarian ability to experiment at scale, steal our tech secrets and mobilize capital that no democracy can match.

*China has tightened ties with Europe and Japan, with Trump in retreat on global trade.

*China often forces U.S. companies to create joint ventures to do business there. American business do just that, handing half their company to often-state-controlled Chinese partners.

*China is spending nearly 9% of GDP on infrastructure — three times what America spends.

*China has so much capacity to build that it's exporting its materials and labor to other countries to build their infrastructure.

*China is growing 3x as fast as the U.S. economy. At current projections, China's GDP will be larger than America's by 2028, Bloomberg reports.

*But what Republicans and Democrats should be even more concerned about is the long-term ambition of China.

*You don’t need the CIA, or deep study in Chinese history, to understand the grand design. President Xi Jinping has laid a lot of it out for all to see.

Made in China's 2025: The plan is to dominate all futuristic advanced technologies such as robotics, AI, aviation and space, driverless or new energy vehicles.

*In other words, to dominate the world by crushing the United States, Germany, and all others in most important industries of the future.

*China’s 1.3 billion customers are so appealing that U.S. companies will make huge concessions for a chance to sell to them.

*It's super focused on super-intelligence, the brains of what comes next: As Axios reported in March, China is already gaining in the AI race.

China's 2050 plan trumpets the grand ambition of it all because it puts today and Made in China 2025 in blunt context.

*Xi wants to transform the communist country into the dominant economic and militarized nation.

*The big picture: This shows Xi playing a long game U.S. politicians don’t play with a series of small but important moves now to lay the groundwork.

*Xi, 64, gave himself the power to be president for life to carry this out.

Trump’s plan: He has raised a lot of these issues. But the current obsession with the trade deficit only flicks at the broader and growing problems.

Be smart: A smart politician could turn China into a unifying villain on virtually every topic — a reason to move fast and together on infrastructure, immigration, regulations, space, robotics, 5G and next-gen education.