Pastor's Husband: 'Let's Not Judge Him For Things He Does And Says' 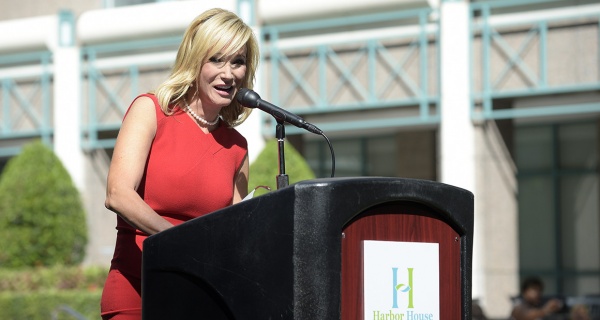 Cain, who co-wrote the group’s anthemic 1981 hit “Don’t Stop Believin’,” explained his wife’s spiritual role to the president in an interview with The Tennessean.

“She’s been called upon, I believe, good or bad, she’s been called by the Kingdom to serve,” Cain said. “She is letting grace in the door in Washington and I’ve seen it, uttering the name of Jesus Christ on the mall of Washington — it’s amazing.”

The Rock and Roll Hall of Famer told the newspaper that White, who leads New Destiny Christian Center in Florida, was the president’s top spiritual adviser.

“We have to understand that Paula’s there to minister to the president and to pray over him,” Cain said. “She’s the one he trusts for prayer and she prays over him, and she brings mighty men of God to pray. Who are we to say the president doesn’t need prayer?”

He assured Christians that his megachurch pastor wife was taking care of the president’s spiritual well-being.

“Paula’s in there doing the best she can do and taking care of his soul,” Cain said. “Not his politics, not his rhetoric — his soul. If he leans on her for that, that’s a good thing, that is a really good thing. She brings prayer into the White House, I think it’s remarkable. I applaud her tenacity and it hasn’t been easy watching her get yanked around by the swamp, and yet she prevails. She’ll overcome. I stay in my lane on that one.”

Cain, who says his wife lets other men of faith pastor him, then asked the newspaper’s readers to buy his new memoir titled after Journey’s best-known song.