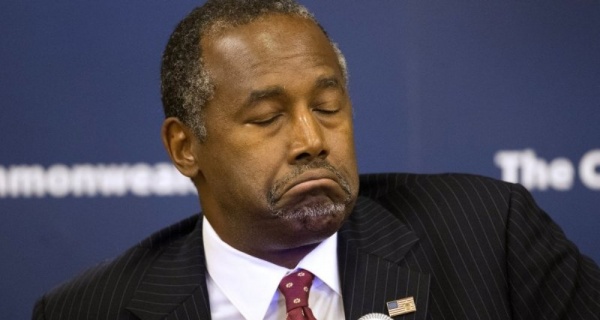 The prescription for the cure rests with the accurate diagnosis of the disease.”

Last week, Carson unveiled a plan that would, among other things, triple the minimum rent for the poorest public housing residents—from $50 to $150. The change would affect an estimated 1.7 million people, 1 million of whom are children.

His prediction is that higher rents will encourage tenants to earn more money.

“Instead of [public housing] being a stepladder it’s become a mode of life and, in many cases, for generation after generation of individuals and I don’t think it’s their fault,” Carson told the conservative online news outlet Townhall. “I think it’s the fault of the system that has basically sapped the incentive for people to work.”

There’s no doubt that HUD needs fixing. Less than a quarter of families who qualify for housing assistance actually get it.

But Carson misdiagnoses the problem when he pretends that public housing residents don’t work. Many do, just at jobs that pay too little to make ends meet.

The system that truly needs an overhaul is the American economy, which operates on the labor of millions of low-wage workers who earn too little to keep a roof over their heads without help.

“Rent Is Affordable to Low-Wage Workers in Exactly 12 U.S. Counties,” blared the headline on a 2017 CityLab story that detailed the glum findings of a National Low Income Housing Coalition study. To afford the average one-bedroom rental home, a minimum-wage worker would need to put in 94.5 hours a week, every week. Imagine working from 8 a.m. to 9:30 p.m. seven days a week, 52 weeks a year to afford your one-bedroom—and you’ll understand just how cruel and clueless the former brain surgeon’s plan to make housing even less affordable for struggling families is. Carson proposes that public housing residents pay either 35 percent of their gross income or 35 percent of their income from working 15 hours per week at minimum wage—whichever is the higher amount.

“This is a particularly good time because the economy’s improved quite a bit, there are a lot of jobs now,” Carson has said—as though the line between a job and economic independence was straight and true.

It is not, as anyone who’s dealt with low-wage work—not to mention unpredictable scheduling, irregular hours, or wage theft—can attest.

But back to the impracticality of Carson’s plan. Earning that additional $100 in monthly rent will take about 14 hours of minimum wage labor. (Of course, if the federal minimum wage were $15 an hour, as advocated by the Fight for $15 movement and the Poor People’s Campaign: A National Call for a Moral Revival, that drops to less than seven additional hours of work per month.)

And that assumes the public housing resident can get more hours at her current job. Or that she can find another job—and has transportation to get there. In cities like Memphis, where I live, the public transportation system is pitifully inefficient. It’s a two-hour bus ride from my neighborhood to the retailer IKEA, which pays a living wage.

Then, assume that the worker can find childcare for these additional hours she’s working—and that she can afford to pay for it and the rent increase.

In an April 10 USA Today op-ed, Carson conceded that the housing discrimination Dr. Martin Luther King Jr. fought—and that the 1968 Fair Housing Act was designed to correct—persists. But while he lauds King, he ignores what King said.

“We are likely to find that the problems of housing and education, instead of preceding the elimination of poverty, will themselves be affected if poverty is first abolished,” King told the Southern Christian Leadership Conference in 1967.

The solution to poverty?

Money. If you have more money, you’re not poor. (It really is that simple.)

Since most people make money through their jobs, the cure to the sickness of poverty isn’t higher rents for the families struggling hardest to make ends meet.

The cure is a sizable increase in the federal minimum wage, which remains at $7.25 an hour.

Again, King’s words are instructive: “There is nothing new about poverty. What is new, however, is that we have the resources to get rid of it.”