A Look At The Democrat's Chances Of Flipping The Senate 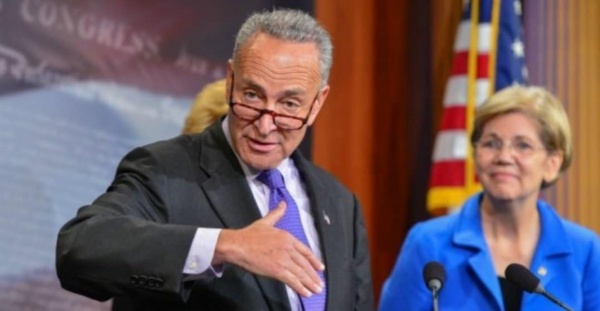 Here’s a question to ponder: Who would you rather be right now — Republican Josh Hawley in Missouri’s Senate race or Democrat Phil Bredesen in Tennessee's? If your answer is Bredesen (who has a slight lead in the polls) over Hawley (who’s essentially tied as Missouri looks to impeach the state’s GOP governor), then it’s not all that hard to see how Democrats could gain the net of two seats they need to win the Senate in November.

Here’s our latest Top 10 Senate takeover list ranked in order of most likely to flip parties (the number in parentheses is the rank from our last list in March):

So if the first two Senate races on our list flip parties (Nevada and Arizona) and nothing else does, then Democrats net their two-seat pickup. Ditto if just the first four seats (Nevada, Arizona, North Dakota, Tennessee) switch hands.

The problem for Democrats is that if Republicans win in Missouri, Indiana and West Virginia, that would ensure that the GOP keeps control of the Senate.

And remember, our Top 10 list is what these races look RIGHT NOW. After all, it’s very possible that the GOP gains ground in red Tennessee after likely nominee Marsha Blackburn consolidates Republican support. What’s more, the GOP could be stronger in Indiana and West Virginia after their divisive primaries end on Tuesday. And Florida bears watching as Republican Rick Scott pours millions of dollars into that Senate contest. (If you think Florida at #8 is too low on our list, you’d still probably want to be Democrat Bill Nelson in purple Florida than Joe Manchin in red West Virginia.)

But right now — with Election Day 2018 exactly six months away this Sunday — Democrats have a much better shot of winning the Senate than you might think.