Rock Musician: 'I Am Ashamed Of Our President' 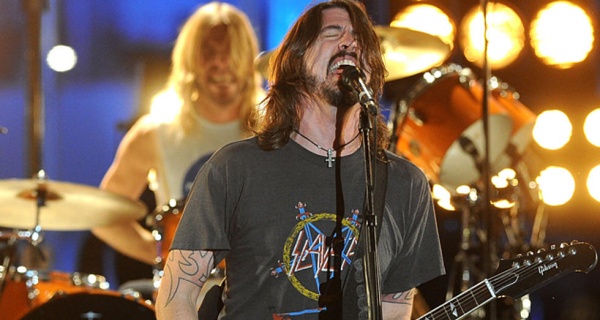 Dave Grohl admitted in a new interview that he is "ashamed" of Donald Trump when the Foo Fighters are touring abroad.

"Today, the American Dream is broken. I've probably traveled internationally more than our current president and the one thing I understand that he doesn't is that the world isn't as big as you think it is," Grohl told the British edition of GQ. "It is all in your neighborhood. India, Asia, Iceland aren’t other solar systems. I am ashamed of our president. I feel apologetic for it when I travel."

The rocker added, "Listen, who cares what I think about guns or religion, but the thing about Trump that stings the most is this: he just seems like a massive jerk. Right?"

Despite his own feelings about the Trump administration, Grohl strives to keep Foo Fighters' gigs apolitical. "I know a lot of wonderful people who don't share my politics and you can bet tomorrow night in the stadium not everyone will share the same opinion or hold the same views," he told GQ. "But when I sing 'My Hero' they will all sing it with me. In the three hours that I am on stage, none of that matters."

In Grohl's Rolling Stone cover story in September, the Foo Fighters frontman revealed that Concrete and Gold's opening track "T-Shirt" was inspired by an incident that occurred after Trump's inauguration.

"I watched the infamous press conference in the East Room – the one that turned into a screaming match. The fucking WWE one. All that gross ambition for power and control freaked me out. I was like, 'Oh, my God. This is what we've become," Grohl said.

"I'm not an outwardly political person, but it's pretty easy to figure out where I fall on the map."