For Laughs, Here Is The Mueller, Giuliani Spoof 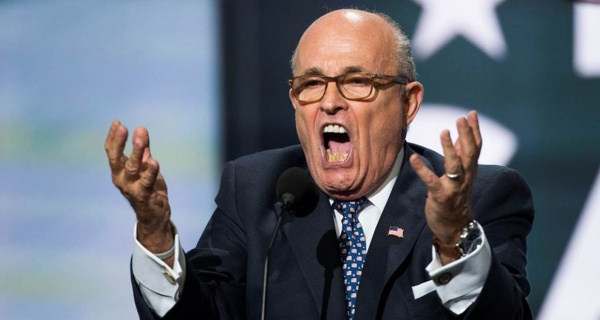 The independent counsel, Robert Mueller, told reporters that, prior to news reports on Thursday, he had “almost forgotten” to investigate the former New York mayor Rudolph Giuliani.

“Like most Americans, I had totally forgotten about Rudy Giuliani’s existence,” he said. “But then when he popped up on the news I was, like, ‘Hold on—shouldn’t we be investigating him?’ ”

Mueller was at a loss to explain why he had failed to investigate Giuliani earlier. “I have no idea how it could have slipped my mind,” he said. “His role in Trump’s campaign was as fishy as all get-out.”

He said that other members of his team were “poking fun” at him for not deciding to investigate Giuliani before Thursday. “I mean, think about it: how do you do a criminal investigation of the Trump campaign and leave Rudy out of it?” he said. “I’ve got to say, I’m pretty darn embarrassed about the whole thing.”

When asked for an estimate of when the Russia inquiry might wrap up, Mueller responded, “I honestly can’t say. I was hoping to bring it to a close in the next month or two, but now that we’re also investigating Rudy Giuliani, God only knows how long it’ll take.”