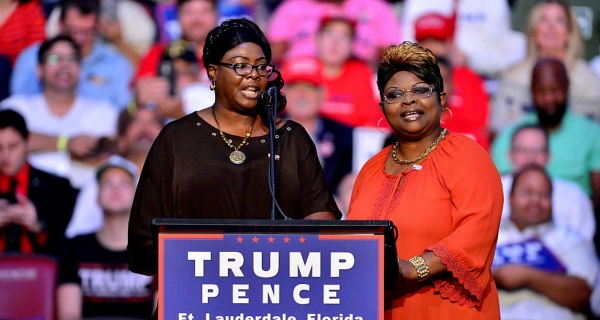 Last week, New York Governor Andrew Cuomo raised some eyebrows when he claimed he was an undocumented immigrant and mockingly called on ICE officials to deport him. During a bill signing, Cuomo pointed to his Italian heritage to make the case that he was an “undocumented person,” stating his family had been taunted with slurs like “wop,” which he claimed meant “without papers.” (This commonly held belief on the slur’s meaning is likely bogus.)

During an appearance on Fox & Friends this morning, pro-Trump vloggers Diamond & Silk provided some in-depth political commentary on the issue. The social media personalities, who have become a conservative cause célèbre recently over their disputed claims of Facebook discrimination, felt ICE should indeed come and get Cuomo over his claims.

“Well, if he is undocumented, maybe ICE should go pay him a visit,” Lynette “Diamond” Hardaway exclaimed. “Go ahead and deport him.”

Diamond continued, “The fact that he lied and he takes and tries to use this incite some kind of rage or outrage is just unreal to us. When you come in this country you must be legal.”

Diamond went on to state that if Cuomo “really cared about illegal aliens” he would tell them that they need to be legal if they come to the United States. Meanwhile, Silk — usually the quiet one of the pair — had this to say about the topic at hand:

“Keep in mind that sanctuaries are for birds. Catch and release are for fish. When you come to this country, come here the right way.”

“I never heard that before,” co-host Steve Doocy remarked.