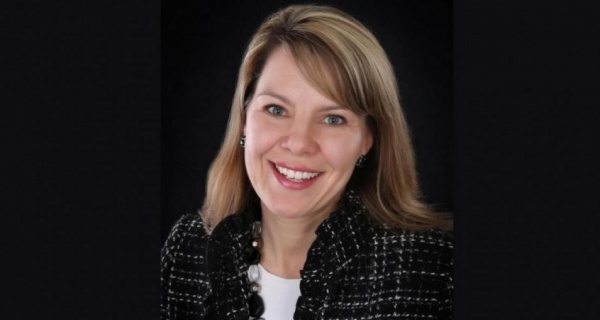 New Mexico mother of two Jennifer Riordan was partially sucked through the window of a Southwest Airline plane shortly after one of the engines exploded about 20 minutes into the flight on Tuesday, in a harrowing incident witnessed by passengers.

“The top half of her torso was out the window,” passenger Max Kraidelman, 20, told the New York Times. “There was a lot of blood because she was hit by some of the shrapnel coming off the engine after it exploded.”

Flight 1380 from New York City made an emergency landing in Philadelphia that morning after the explosion sent a piece of shrapnel flying into the aircraft. The plane suddenly depressurized and descended from more than 30,000 feet to about 10,000 feet in about five minutes, CNN reports. National Transportation Safety Board Chairman Robert Sumwalt told CNN that one of the plane’s 24 fan blades was missing.

As the situation unfolded, passengers and flight attendants worked to pull Riordan, 43, back into the plane. They were successful, but Riordan was unconscious and those on board worked to revive the mother of two.

Peggy Phillips, a retired nurse, told ABC News that a medical technician on board and another passenger pulled the woman back inside. The moment they laid her down, Phillips began administering CPR. She did so for about 20 minutes before the plane made the emergency landing.

“If you can possibly imagine going through the window of an airplane at about 600 miles an hour and hitting either the fuselage or the wing with your body, with your face,” Phillips said, calling the ordeal “terrifying.” “I can probably tell you there was significant trauma to the body.”

Phillips told Good Morning America that she was doing “what any registered nurse would do,” adding that she is not a “hero.”

Kraidelman said the passengers were working to save Riordan “while everyone else had their oxygen mask on.”

“They were doing CPR on her and using the defibrillator while we were landing,” he told the Times.

Witnesses reported that Riordan went into cardiac arrest and passenger Kristopher Johnson said passengers and crew members did “everything they could to revive her.”

“She hit her head going out and with that sheer force, the prognosis wasn’t good,” Johnson told PEOPLE of the woman.

The incident brought at least one flight attendant to tears, one witness, Matt Tranchin, told the Times. He said one of the passengers put his back to the window for at least 20 minutes in an attempt to help with the compression.

Pilot Tammie Jo Shults, a former fighter pilot with the U.S. Navy, successfully landed the plane that had 149 people onboard. Riordan was then reportedly taken to the hospital in critical condition and later died. Seven other passengers were treated for minor injuries.

Riordan’s family released a statement provided to PEOPLE, writing, “Jennifer Riordan has passed away as a result of previously reported events on Southwest Airlines flight #1380.

“Jennifer’s vibrancy, passion and love infused our community and reached across our country. Her impact on everything and everyone she touched can never be fully measured,” the statement continued. “But foremost, she is the bedrock of our family. She and Mike wrote a love story unlike any other. Her beauty and love is evident through her children.”

According to her LinkedIn account, Riordan was the Vice President of Community Relations for Wells Fargo for almost 10 years.

Albuquerque Mayor Tim Keller shared his condolences in a statement on Twitter, writing, “Today, Albuquerque lost a thoughtful leader who has long been part of the fabric of our community. We are asking that everyone respect the privacy of the family at this time. This is a tremendous and tragic loss for Jennifer’s family and many others throughout our city. Her leadership and philanthropic efforts made this a better place every day and she will be terribly missed. We are holding Jennifer and her family in our thoughts and prayers.”

“On behalf of the Southwest family, I want to extend my deepest sympathies for the family and the loved ones of our deceased customer,” Kelly said. “They are our immediate and primary concern and we will do all that we can to support them during this difficult time.”

A GoFundMe page was created by a family friend on behalf of Riordan’s family. “She was the team mom and everyone’s friend,” a statement on the page reads. “I don’t think she ever met anybody who did not become more than just a friend. Her laugh was contagious and everyone wanted to be a part of her energy. You could not be unhappy around Jen. She made everybody’s life a little better. Losing Jen is a huge loss for this world.”