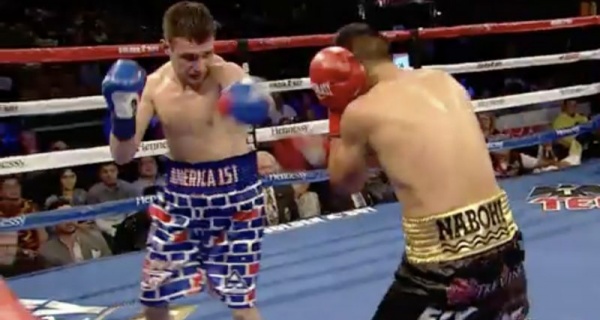 While Vargas' combinations of body blows were highlight-worthy alone, the fight gained a lot of extra attention on social media when viewers noticed that Salka had taken to the ring in trunks that had "America 1st" written across the top and with a design depicting a wall.

The pro-Trump trunks were blatant, and noteworthy given that Salka's opponent Vargas was Mexican. Salka was defeated handily by Vargas, including a huge knockdown in the fifth round that left Salka dazed in the corner before getting up to beat the referee's count.

You can watch some highlights from the fight below.