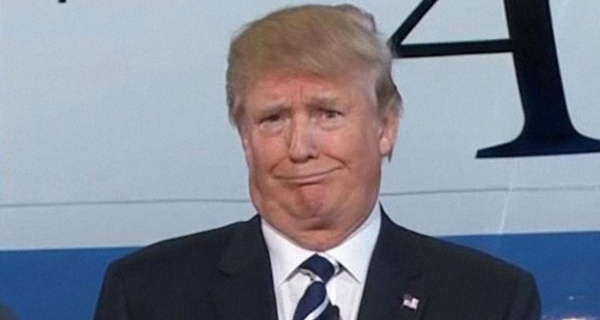 Republican Congressman has let loose and expressed his true feelings about President Donald Trump to Erick Erickson, a far right-wing pundit. Erickson is a former Fox News contributor and was the editor of RedState. He will not identify the GOP lawmaker who is from a “very Republican” district for obvious reasons, writing the Congressman “is happy to be quoted, so long as I don’t name him.”

“If we’re going to lose because of him, we might as well impeach the motherf**ker,” the unnamed Republican Congressman we’ll call “Rep. X,” supposedly said to Erickson.

Erickson says Rep. X continued his rant, saying, “dammit he’s taking us all down with him. We are well and truly f**ked in November. Kevin [McCarthy] is already circling like a green fly circling sh*t trying to take Paul’s [Ryan] job because nobody thinks he’s sticking around for Nancy [Pelosi]. She’s going to f**k up the cafeteria again too. [Lord’s name in vain], at least I’ll probably lose too and won’t have to put up with that sh*t.”

(Speaker Ryan announced today he is retiring at the end of his term.)

“It’s like Forrest Gump won the presidency, but an evil, really f*cking stupid Forrest Gump. He can’t help himself. He’s just a f**king idiot who thinks he’s winning when people are b*tching about him. He really does see the world as ratings and attention. I hate Forrest Gump.”

The House Judiciary Committee “just might pull the trigger if the President fires Mueller,” Rep. X supposedly said. “The sh*t will hit the fan if that happens and I’d vote to impeach him myself. Most of us would, I think. Hell, all the Democrats would and you only need a majority in the House. If we’re going to lose because of him, we might as well impeach the motherf**ker. Take him out with us and let Mike [Pence] take over. At least then we could sleep well at night.”

“I say a lot of shit on TV defending him, even over this,” Rep. X tells Erickson. Erickson describes the Congressman as someone who defends Trump on Fox News and in public but obviously has a different personal opinion. The media and Democrats on Capitol Hill often say many Republican lawmakers oppose Trump in private, but won’t in public. (There are several words for that.)

“But honestly, I wish the motherf*cker would just go away. We’re going to lose the House, lose the Senate, and lose a bunch of states because of him. All his supporters will blame us for what we have or have not done, but he hasn’t led. He wakes up in the morning, sh*ts all over Twitter, sh*ts all over us, sh*ts all over his staff, then hits golf balls. F*ck him. Of course, I can’t say that in public or I’d get run out of town.”