Should Pastors Be Allowed To Choose Sides In Politics? 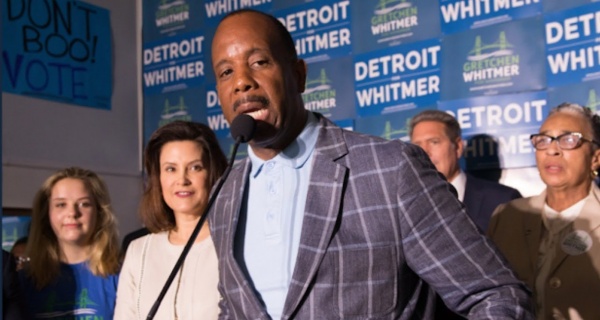 One question that many have been asking is whether it’s okay for pastors to be involved in politics. Many of them who take political sides often justify their actions, saying they’re doing so because politics shape the lives of their congregants and so they must stand strong in agitating for their interests.

The same question about politics is now being asked about two prominent Detroit pastors, Rev. Oscar King, former president of the Council of Baptist Pastors of Detroit, and Bishop Charles Ellis of Greater Grace Temple in Detroit. On Wednesday, February 28, the two pastors expressed their support for Gretchen Whitmer who’s in the gubernatorial race for Michigan state.

Some social media users have accused Bishop Charles Ellis of not having the interest of his community at heart. Such critics are saying so because they believe Whitmer isn’t interested in the good of the community.

But then people have different opinions on the issue. There are those who believe it’s within the Bishop’s right to support a candidate of his choice.

“In my opinion, it is perfectly permissible for Bishop Ellis to publicly endorse the candidate he supports. People have the opportunity to do their research on the candidates and the issues and make an informed choice at election time.” the anonymous user said.

On the other hand, some people say it’s wrong to be involved in politics, insisting that Christians should follow the example of Jesus. Jesus, they say, wouldn’t support a political candidate because “He understands the origin of the governments of this world and who is behind them,” said another user.