WATCH: See Why Rapper Says The Trump Presidency Is 'A Great Thing' 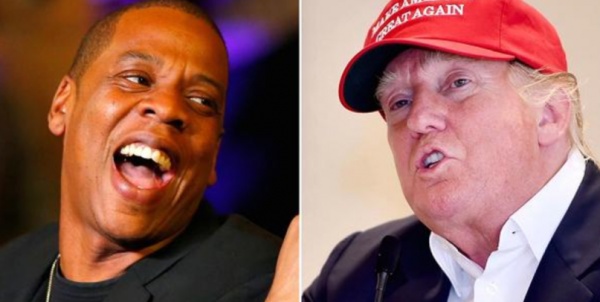 Jay-Z suggests that President Trump's bigotry can galvanize voter turnout and create a new generation of activists while speaking with David Letterman in an upcoming episode of the former late-night host's Netflix show My Next Guest Needs No Introduction.

Letterman kicks off the political portion of the interview with a blunt general assessment of Trump's record to date. "I'm beginning to lose confidence in the Trump administration," he deadpans, before turning to his guest: "…What do you think of that?"

"I think it's actually a great thing," Jay-Z responds. The rapper argues that Trump is "forcing people to … have a conversation and band together and work together." "You can't really address something that's not revealed," the rapper continues. "[Trump] is bringing out an ugly side of America that we wanted to believe was gone … We still gotta deal with it. We have to have tough conversations – talk about the N-word, talk about why white men are so privileged in this country."

Letterman feels similarly. "I completely agree," he says. "We don't need any more evidence: Is he a racist, is he not a racist? I'm tellin' you, [if] you're having a debate over whether a guy's a racist, chances are that guy's a racist."