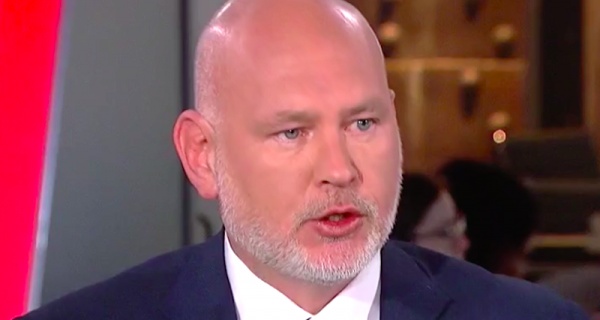 Republican strategist Steve Schmidt hammered President Donald Trump and commerce secretary Wilbur Ross for bumbling into a trade war with China — and lying about it.

Schmidt said Trump administration incompetence was unleashing potentially devastating consequences for the American economy, for reasons that have not been explained.

“Maybe this will be experiential learning for the American people, as Donald Trump precipitates for no good reason a trade war that will have devastating consequences in the country, not just in the equities market but for real jobs, real people, real towns and cities in this country,” Schmidt said.

“The consequences of an inept and incompetent president, whether it’s a from a national security perspective with people being killed in wars or economically, will start to come home now,” he continued. “I think that’s what we’re starting to see here. This is very bad news for the American people, for people who are trying to get ahead, people trying to put their kids through college. You look at the attacks on Amazon, for example. If you’re a retired teacher, if you’re a pensioner, you’re devastated by the drop in stock price caused by a political attack by the president.”

Schmidt said the president clearly does not understand how politics or the economy worked, and he said that ignorance could disrupt American life — or worse.

The GOP strategist said Trump’s misunderstanding of trade deficits could wreck many state economies that rely on business dealings with Canada.

“You want to talk about crashing the market, abrogate the NAFTA agreement, disrupt the trillion dollars of trade that flows across the border and this is what happens,” Schmidt said. “This is an incompetent president who has no idea what he’s doing, no idea what he’s talking about. The consequences of incompetent actions will be paid for by the American people.”