WATCH: Basketball Legend To Trump Supporters 'Look In A Mirror' 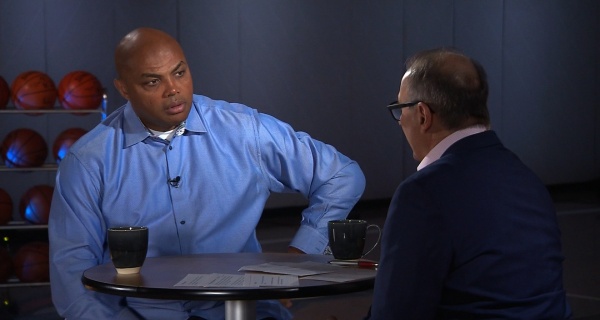 Charles Barkley is weary. He was never a fan of Donald Trump’s, even before the election, but now he’s tired of “this turmoil every single day — the tweeting, the hiring, and firing.”

In an interview with David Axelrod on CNN’s “Axe Files,” Barkley was angry with those voted for Trump, saying that the president’s message had resonated with voters “who just won’t look in a mirror and say, ‘My life sucks because of me.’ ”

“I’ve never been more angry and disgusted at this situation than I am now. This turmoil every single day — the tweeting, the hiring, and firing.

“And I want to make sure we don’t forget about DACA [Deferred Action for Childhood Arrivals, which Trump tweeted about ending Sunday], our public schools. I don’t want to forget about those poor people in Puerto Rico. I was watching the news last night, and still, six months out, they don’t have power. And we don’t even mention them anymore. We’re wasting all our time on Russia and Stormy Daniels. It’s ridiculous.”

Barkley also felt that the president “has done an awful job of trying to be inclusive,” partly because of his emphasis on building a wall along the U.S.-Mexico border.

Barkley believes that “there’s only economic opportunity if you’re rich” and that voters were looking to blame others for economic disparity.

“I think he reached a demographic who just won’t look in a mirror and say my life sucks because of me,” Barkley said. “So every person who can’t get a job says yes, he’s right, that some Mexican has taken my job. I’m like, well, wait, ‘Did you want that job, No. 1? Or did you put yourself — did you work hard enough, educate yourself enough to get — deserve that job?’ So it’s easy to blame somebody.”

Barkley, who has toyed with the idea of running for political office, campaigned against Roy Moore in the Senate race in his native Alabama last year. Campaigning for Doug Jones, he told Alabamians bluntly, “We’ve got to stop looking like idiots to the nation. I love Alabama, but we’ve got to draw a line in the sand. We’re not a bunch of damn idiots.” Jones won the seat vacated by Attorney General Jeff Sessions.

“We have spent the last year talking about Russia every single day,” Barkley told Axelrod. “Now we got Stormy, now we got another girl [Karen McDougal], and I’m sitting here saying, ‘When are we actually going to help the people?’ ”