Why Is Trump Such A Horrible Negotiator? 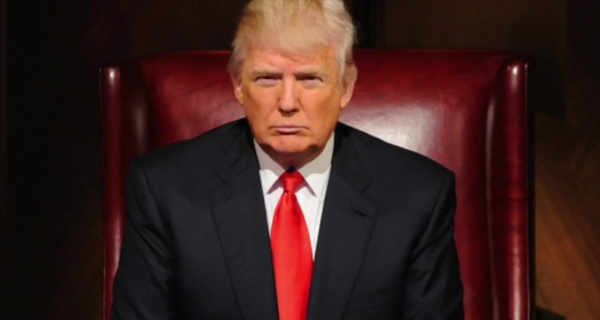 The power of Donald Trump purely as a cultural mascot—he has become like Che Guevara or Uncle Sam or the San Diego Chicken—means that he'll never go down to zero approval from his fans. Even to his non-fans, the middle finger that he represents to polite society still offers an occasional, if unworthy, pleasure. And I’ll stick to my argument from last week that Trump’s presidency—if only by clearing the bar of not having sent in military forces to unseat a foreign regime—remains comparatively tolerable. If we stay at peace, with a growing economy, then voters will probably forgive Trump’s daily clowning and broken promises.

But that’s about as far as any sane person can go with the positives. Trump’s foreign policy becomes increasingly interventionist and belligerent. His relationship to Wall Street seems to have been warmed by a shared interest in financial predation. And, in the past week alone, Trump offered so many lowlights that only his most maniacal or power-hungry loyalists could pretend all was well. Trump’s new national security adviser, we learned, was going to be the war-mongering and unmannerly John Bolton, one of the era’s greatest reputational threats to the mustache. Then Trump signed off on a $1.3 trillion omnibus spending bill that he’d first threatened to veto and then pretended to disavow, saying he’d “never sign another bill like this again,” having secured almost none of his priorities on infrastructure or immigration.

A Trump worshipper could perhaps make the case that Trump has a good-cop, bad-cop game he’s trying to play by appointing Bolton to his post. But the omnibus bill posed a much stronger test of faith. Not only did it grant Trump barely any funds for border security—$1.6 billion—it also forbade immigration authorities from adding any more beds for detainees and forbade Trump from using any of that money toward constructing a wall from the prototypes he’d just inspected. As Vox’s immigration writer Dara Lind put it in a tweet, “Congress isn’t just not giving Trump what he wants on immigration. They’re kind of smacking him down.” The chatter is no longer about whether Trump is a dictator, but whether he’s so feckless that he’ll start a war to prove he can actually make things happen.

As a candidate who’d won by defying nearly everyone, Trump the president was theoretically in thrall to almost no one, apart from his voters. He could have told Paul Ryan and Mitch McConnell that they’d get their tax cuts and Obamacare repeals when he, Trump, got his wall. He could have worked with Chuck Schumer to craft an infrastructure bill that would make Trump look like a bridger of divides—and put people to work. He could also have told Wall Street to go hang, at least for show.

But, of course, none of this happened. Trump clearly wanted to deliver on immigration and infrastructure, but couldn’t. Why not? Two theories, neither one of which rules out the other, come to mind.

The first is that Trump has always been a bad negotiator. The consensus among observers in the early 1990s—when Trump’s business was insolvent and he was at risk of losing everything—was that Trump had overpaid for countless acquisitions. The Plaza Hotel, and many other buildings and businesses had failed to generate anything close to the revenues required to cover their costs. If he was making negotiating mistakes like that in a field he knew something about, why wouldn’t he make even bigger negotiating mistakes in a field he knows nothing about?

The second—again, not exclusive—theory is that moving any sort of policy requires some firsthand mastery of details. Trump, as we know, lacks this. So when he goes into meetings with Democrats and gives away the store, only to backpedal hours later and pretend he didn’t, his weakness as a negotiator is only one part of his vulnerability. The other is that he doesn’t know what’s being discussed. When the details are all mysterious, then you really can’t press for what matters or protect what’s essential. You just have to rely on the people around you to guide you through it, and the result is never going to be as good.

Imagine, for instance, that you were given two different, but equally incomprehensible, blueprints for a hydrogen bomb, and you had two bickering designers each trying to explain why one was best. Unless you were a physics genius yourself, you’d be at a complete loss to compare the two or to suggest combinations of ideas. Or imagine you were trying to negotiate a deal between cooks, but you had no idea what happens in a kitchen. When Cook A says he’ll agree to all the menu preferences of the Cook B, as long as butter and eggs are excluded, you say yes, without realizing that you’ve just made Cook B’s menu impossible, because it consists of pound cake.

This is a major reason why Trump’s approach to many issues has been so blundering. Health-care policy is supremely arcane, with all sorts of laws that connect in unexpected ways to other ones. So is immigration policy. When Barack Obama granted Dreamers leave to exit and re-enter the United States under something called “advanced parole,” this apparently opened up a loophole for many thousands to get green cards. Who knows why? (Even I, who try to follow immigration policy, don’t quite understand the mechanics.) If you have an attention span that hovers around the Celsius temperature of ice, you’re never going to get savvy about such things.

By contrast, if you know the details of what you want and what you’re willing to give up, you can play a cool and steady game. Consider the example of George W. Bush, who came into office in 2001 with tax cuts as an immediate priority. For months, Bush pushed stubbornly for a bill to cut taxes by $1.6 trillion, generating a deluge of unfavorable coverage. What Bush finally got was a tax cut for about three-quarters of that amount, an outcome that a credulous report in the Los Angeles Times described as “a blow to the cornerstone of President Bush’s domestic agenda.” The White House dutifully played along with the idea that its dreams had been slightly thwarted. Those with a little more guile noticed that the end result was a $1.3 trillion tax cut, a result far grander in scope than anyone had thought politically possible. It was dreadful policy, of course, but the point is that Bush got what he wanted.

To be sure, Trump’s boldness while campaigning did make people wonder if he might have cracked some secret code. In mid-October 2016, right after Trump’s Access Hollywood tape had been revealed and Republicans were trying to distance themselves from their nominee, Trump fired off a tweet calling them “Disloyal R’s” and saying, “They don’t know how to win - I will teach them!” When Trump indeed did win, he started to look like he might have some superhuman grasp of the dynamics of power and influence. But that looks absurd today. Trump’s rebellion is minor, and the Republican Party is in charge, shouting about wonderful tax cuts as voters prepare to give them the boot.

For all that voters dream of a political neophyte who’ll come into the White House or governor’s mansion to save the day, successful examples in real life are few. (Ronald Reagan did reasonably well for himself as governor of California, but he’d been active in politics for many years already.) Donald Trump has made money effectively. He has branded himself effectively. He has campaigned effectively. But the idea that such talents could translate into preternatural control across three branches of government looks increasingly absurd. Trump might have promised to show Republicans how to win. As the midterms approach, however, what they’re likelier to learn is how it feels to lose.