Why Is The Supreme Court Considering Gerrymandering Again? 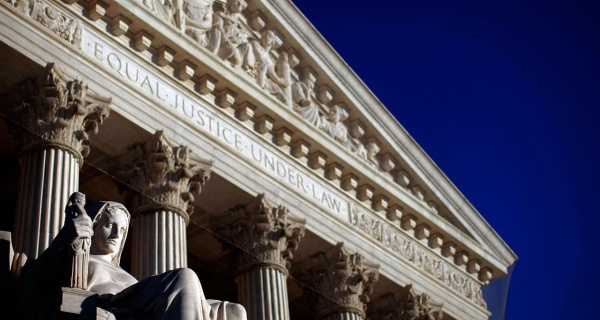 It is rare for the U.S. Supreme Court to hear two cases addressing the same topic in a single term, but that didn’t stop partisan gerrymandering. The court heard another gerrymandering case, out of Maryland, on Wednesday, after already hearing one from Wisconsin in October.

But why? Reading the tea leaves of the Supreme Court is a fool’s game, but we can still talk about what might have encouraged the court to take up a second case. There are three key differences between the Maryland and Wisconsin cases that might help us understand how the court is thinking about partisan gerrymandering.

The first case involved a Republican gerrymander in Wisconsin, but Wednesday’s was a challenge to a Democratic gerrymander in Maryland. That bipartisanship may be important. The court could choose to rule on both cases at the same time in order to avoid accusations of partisanship. As Chief Justice John Roberts said during the oral arguments in the Wisconsin case, if Americans see the court as playing partisan favorites in these cases, “that is going to cause very serious harm to the status and integrity of the decisions of this Court in the eyes of the country.”

The way that Justice Anthony Kennedy responded to the Wisconsin case already gave reformers reasons to be optimistic that the court could rule partisan gerrymandering unconstitutional. Having bipartisan cover now addresses one of Roberts’s key concerns.

My colleague Oliver Roeder has noted before that the court can be allergic to math. But if the court is going to rule partisan gerrymandering to be unconstitutional, it will need to establish a standard for what counts as “illegal.” The court does not want to be responsible for ruling on every political map that gets drawn, so it would need to lay down clear rules for what map drawers can and can’t do.

The plaintiffs in Wisconsin proposed a three-part test that included a mathematical equation for determining how egregious and durable a gerrymander is. At the time, Roberts referred to such an equation as “sociological gobbledygook.”

The Maryland case, on the other hand, is largely math-free and relies almost entirely on whether map drawers intend to disadvantage voters based on their partisan affiliations. That could provide the court an out if it isn’t comfortable with what at least one justice sees as gobbledygook.

The last key distinction between the two cases is whether statewide maps or only single districts can be ruled unconstitutional. In the Wisconsin case, the plaintiffs have asked the court to throw out the state’s entire map, while the Maryland plaintiffs focus on a single district.

The case for throwing out a whole map, say the Wisconsin plaintiffs, is that partisan gerrymandering is achieved by “packing” and “cracking” voters across many different districts. In Maryland, the plaintiffs claim that they were specifically retaliated against because their district voted for a Republican representative, and therefore they want a remedy to be focused on their district alone.

On Wednesday, the justices gave little indication whether they think gerrymandering must be addressed at the district or statewide level. Justice Sonia Sotomayor did press the appellants’ attorney on why they were only litigating a single district but there was no back and forth questioning from the justices at that point. As a result, we didn’t get to hear the justices wade into the details of this distinction.

These distinctions may seem tedious, but they could have a big effect on what the court’s eventual rulings actually mean for how we draw districts going forward. For now, we are back to reading tea leaves and waiting for decisions that could come any time before the end of June.