Watch: George Will Explains The Diminished Power Of The U.S. President 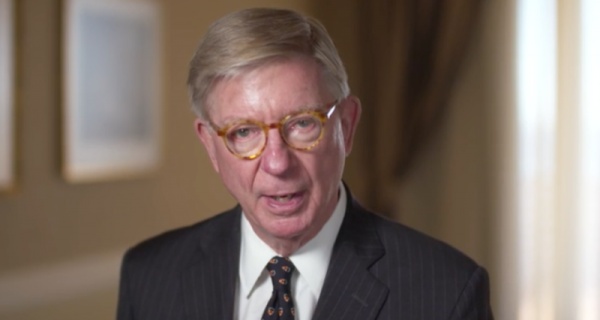 Conservative columnist George Will, who publicly disavowed the Republican party over its endowment of Donald Trump, said Monday he does not believe the American president is the most powerful person in the world anymore.

“The president has been, presumptively, the most powerful man in the world for so long that Americans might be startled to know that it’s not written in the laws on nature,” Will said in a video for the Washington Post.

Will explained that in 1942, the U.S. president “became and ever since has been the most powerful man in the world,” adding, “I believe that is no longer the case.”

“Trump has pulled America back from the alliances which made the president so powerful,” Will said. The conservative columnist said the American president derives his power “economically.”

“The confidence that other nations have in the stability and steadiness of American leadership is diminished when the United States goes through arduous lengths to negotiate something like the Trans-Pacific Partnership and then, almost on a whim says, ‘Nevermind,’” Will said.

Will, a frequent Trump critic, argued the “Chinese” will fill the power vacuum left by the United States’ withdrawal from deals including the TPP.