WATCH: What Happened To The 'Swamp' Getting Drained? 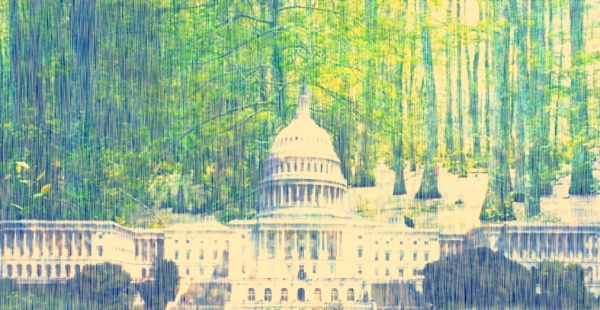 If there was one thing that a sharply divided electorate agreed on in 2016, says Diane Hessan, it was on the need to “drain the swamp.” The corrupted stew of lobbyists, corporate influence-peddling, and the nearly unlimited role of money in campaigns is something Americans almost universally reviled. That made it brilliant politics for Donald Trump to declare that swamp clearing would be the first order of business if voters sent him Washington.

Hessan, an entrepreneur, and author has been writing a weekly column for the Boston Globe since the month after the election based on conversations with a cross-section of 400 voters. The pieces have offered an illuminating window into how voters of all persuasions are reacting to the Trump presidency.

So how is that swamp-clearing effort going a year after the country installed in the White House the guy who declared in his Republican nomination acceptance speech that he alone was the one who could fix what ailed America? When it comes to the nearly universal revulsion at the dominance of special interests and big money in Washington, Hessan’s pool of Americans seems to be in bipartisan agreement that Trump has done nothing to change that equation.

A Californian named Jose says, “on a scale of 1 to 10, I give him a 2 for draining the swamp” — and he calls himself a Trump supporter. Joseph, an Arizona Republican, says he’s glad to have more in his paycheck from the recent tax cut, “but the people who are really benefiting are the rich people.”

Not surprisingly, Democratic voters were no less harsh in their assessments. Nothing seems to highlight better how absurd Trump’s vow looks than his cabinet appointments — “a bunch of Goldman Sachs executives and other rich people who are adding to the goo,” as one Democrat from Iowa puts it to Hessan.
And on it goes. No one even mentioned an EPA administrator who seems to take marching orders from the industries he is supposed to police or the recently broomed director of the Centers for Disease Control and Prevention whose investment portfolio included tobacco company stock.

The idea that the blustery billionaire — famous for shady business deals and with no history of ever pushing for systemic good-government reform — would suddenly be carrying the Common Cause agenda seemed laughable to many. Which is where showman P.T. Barnum’s best-known line may offer the only sensible explanation.