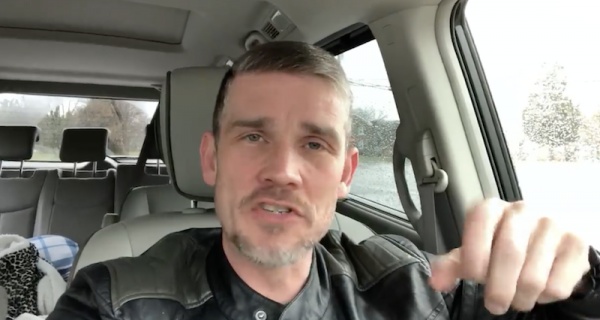 Greg Locke, a pro-Trump pastor based in Tennessee, attacked adult film star Stormy Daniels on Sunday while gloating that President Donald Trump will still be sitting in the Oval Office despite her big “60 Minutes” interview.

“The funny thing is Donald Trump is still the President and she’s still a hooker,” Locke wrote of Daniels on Sunday.

Later in the day, Locke further expounded on his ardent support for Trump by saying that God was using Trump to achieve divine ends despite the president’s past moral failings.

“People are like ‘if you support Trump you can’t be a Christian,'” he wrote. “Do y’all listen when you talk? Jesus hired a demon-possessed traitor to handle his money for 3 years. He can use the President if He so desires. Take a seat, people.”

Locke’s justifications for embracing Trump despite his rampant past immorality did not sit well with many Twitter users, however, as they pointed out how completely hypocritical it was for a Christian pastor to dismiss the president’s personal behavior while still dismissing the woman he had an affair with as “a hooker.”