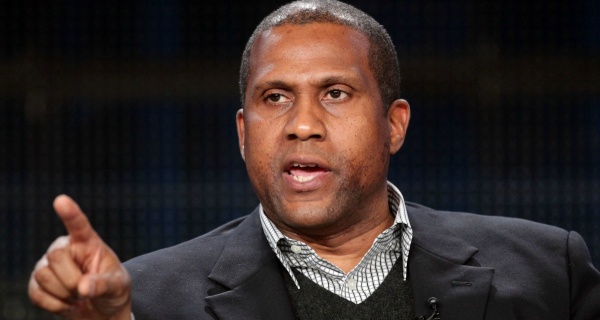 PBS has issued a response to axed host Tavis Smiley's lawsuit — and it details witness accounts about the talk show host's alleged sexual harassment and dalliances with subordinates.

The 32-page answer and countersuit, filed in Washington, D.C., on Tuesday, alleges Smiley violated the network's morals clause and seeks $1.9 million in returned salary plus unspecified damages. It comes four months after the host's self-titled show was dropped over an investigation into claims of sexual harassment, and two months after Smiley sued PBS for breach of contract and, among other things, being "racially hostile" in their working relationship. (He's seeking damages in the "multiple millions.")

Smiley has been very public in his denial of sexual harassment allegations — allegations that took him off the air just weeks after a similar scenario saw Charlie Rose kicked off the broadcaster. Smiley has also said no complaints had been filed. But, among the more interesting pieces in the filing, is the detail that Smiley informed PBS' third-party investigator that he was the subject of two workplace discrimination or harassment/retaliation claims. The host also admits to "probably" telling sex jokes in the workplace and that he "may" have sent pornographic images to subordinates.

Smiley's initial complaint called the investigation "incomplete" and "trumped-up." PBS alleges that it was thorough and that its third-party investigators' lack of interviews with current Smiley employees is due to the host refusing to waive their NDAs.

When originally confronted with the suit, PBS characterized it as "meritless" and an attempt to "distract the public from his pattern of sexual misconduct in the workplace."

For Smiley's part, the 53-year-old has moved on to religious platform The Word Network with his series, The Upside With Tavis Smiley. A spokesperson for Smiley sent the following statement: “More lies, half-truths, and smears from PBS from an ‘investigation' that never should have happened, with a result that was decided well before the inquiry was even begun. We look forward to the full truth coming out in court.”