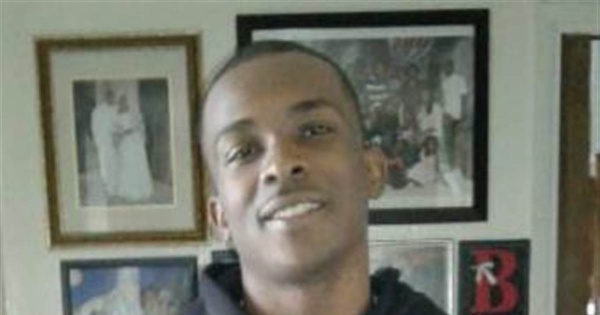 Date Posted: Thursday, March 22nd, 2018
The 22-year-old black man fatally shot by Sacramento police in his own backyard Sunday night was carrying a cellphone, not a "tool bar," when confronted by officers, the department clarified late Monday.
Stephon Clark was killed in the backyard of the south Sacramento home he shared with his grandmother, grandfather and some siblings, his 25-year-old brother Stevante Clark said Monday. The police department said officers were responding to a call of a person breaking car windows nearby.
Police said they believed Clark was armed with a gun, though no firearm was found at the scene. Police said instead Clark had a "object" that he "extended in front of him" while advancing towards two officers.
Police were unable to immediately give details about the tool bar Monday, and did not identify the item in Clark's hand when he was shot as different from the tool bar until late Monday night. The department said it believed initial information released about the incident was clear that the object Clark was holding when shot was not the tool bar.
Police said Monday night they had concluded their on-scene investigation and the only item found near Clark's body was a cellphone.
Police said two items that could be the "tool bar" that deputies in the helicopter saw were recovered from near the broken sliding glass door in the neighbor's yard: a cinder block and a piece of aluminum similar to what might be used for a gutter.
On Monday, police said Clark used the tool bar to shatter a sliding glass door one house away from where he was shot. Police also said in a release that they believe Clark broke the windows of at least three nearby vehicles.
At 9:18 p.m. Sunday night, officers responded to a call that a thin, 6-foot-1 black man wearing a black hooded sweatshirt and dark pants was hiding in a residential backyard after breaking car windows, according to a department media release.
Sacramento County Sheriff's deputies circling the area in a helicopter spotted a man in a nearby backyard at about 9:25 p.m. and told police on the ground that he had just shattered a window with a tool bar then run to the front of that house and looked inside a car. The deputies in the helicopter began directing the officers on the ground to his location.
Officers entered the front yard of Clark's residence in the 7500 block of 29th Street and spotted him along the side of the house. Department spokesman Vance Chandler said the man tracked by the helicopter was the same person confronted by officers, who said they ordered him to stop and show his hands. That man was later identified as Clark.
Police said Clark instead fled from the officers toward the back of the property, where police said he turned and advanced toward the officers with an object in his hands.
"Fearing for their safety," the officers fired multiple rounds at Clark at 9:26 p.m., hitting him several times, the department said.
The two officers involved in the shooting then held their position for about five minutes until additional officers arrived before approaching the victim. Clark was pronounced dead at the scene.
Sequita Thompson, Clark's grandmother, said she was awake and sitting in the home's dining room when she heard four gunshots.
“The only thing that I heard was pow, pow, pow, pow, and I got to the ground," she said.
How many fatal police shootings have occurred in Sacramento County since 2016?
Thompson said neither she nor her husband heard police issuing commands prior to the shots being fired.
Thompson dropped to the floor and crawled to the spot where her 7-year-old granddaughter slept on the a couch in an adjacent den, telling her to get on the ground as well, she said.
Thompson then made her way to her husband, who uses a wheelchair to move around.
Thompson said it was normal for Clark and others to enter the home through the backyard because the front doorbell doesn't work and she and her husband, who is in a wheelchair, have poor mobility. People would knock on the back window and ask her to use an automatic opener to raise the garage door to admit them, she said.
Thompson said her husband called 911 to report the shots.
Police interviewed Thompson for several hours about what she had heard but did not tell her about Clark, she said. She eventually decided to look out a window and saw her grandson's body in her backyard, she said.
“I opened that curtain and he was dead," she said. "I started screaming.” 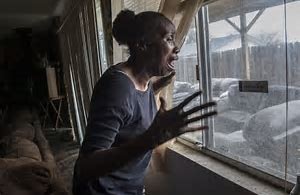 Both officers involved with the shooting were placed on paid administrative leave. One has been an SPD officer for four years, the other for two. Each had four years experience with other law enforcement agencies before joining SPD.
Body-camera footage of the shooting will be released within 30 days, per a city policy approved in November 2016.
Chandler said that video would include footage shot by Sacramento County Sheriff's deputies in the helicopter. The Sheriff's Department does not usually release video, but Chandler said the departments wanted to work "collaboratively."
The Sacramento County District Attorney’s Office, city attorney’s office and the city Office of Public Safety Accountability will investigate the shooting, as will SPD homicide detectives, internal affairs and Crime Scene Investigation units, he said.
Sacramento Mayor Darrell Steinberg said he supported the investigation and Sacramento Police Chief Daniel Hahn's "intent to expediate the release of all relevant video."
"I am always sorry when someone loses their young life," Steinberg said. "I am also grateful that the officers were unharmed."
A Sacramento High School alumnus with a fondness for sneakers, football and video games, Clark left behind two young sons, Cairo and Aiden, his family said.
Though his birth certificate read "Stephen," Clark altered the spelling of his name to differentiate it from that of his father, Stevante said.
Many friends also referred to him as "Zoe," short for Alonzo, his middle name.
Monday night, about 120 community activists led by Black Lives Matter gathered in front of the Meadowview Light Rail Station off of Meadowview Road for a vigil and protest. The crowd included family members and community leaders.
Sacramento Pastor Les Simmons, the former president of a police oversight commission who quit after the fatal shooting of a mentally ill black man in 2016, led a group of family members through prayer at the station’s parking lot.
“I think right now is a moment for our community,” he said afterward. “A moment to show real transparency.”
Tuesday afternoon, family, friends and activists planned to gather on the steps of the state capitol at 1 p.m.
A GoFundMe page to pay for Clark's funeral expenses was established Monday afternoon. Stevante Clark said the family wanted enough money to bury his younger brother next to another brother killed a few years ago, also by gun violence.
"He would not want for us to be sad but to come together," said the elder Clark. "He was a good person. He always had jokes for everybody."