Saudi Crown Prince Boasts Jared Kushner Was 'In His Pocket' 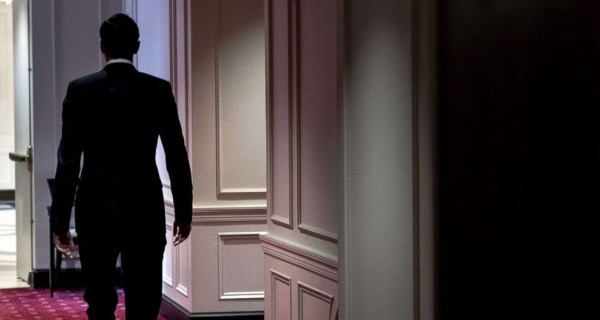 UNTIL HE WAS stripped of his top-secret security clearance in February, presidential adviser Jared Kushner was known around the White House as one of the most voracious readers of the President’s Daily Brief, a highly classified rundown of the latest intelligence intended only for the president and his closest advisers.

Kushner, who had been tasked with bringing about a deal between Israel and Palestine, was particularly engaged by information about the Middle East, according to a former White House official and a former U.S. intelligence professional.

In June, Saudi Prince Mohammed bin Salman ousted his cousin, then-Crown Prince Mohammed bin Nayef, and took his place as next in line to the throne, upending the established line of succession. In the months that followed, the President’s Daily Brief contained information on Saudi Arabia’s evolving political situation, including a handful of names of royal family members opposed to the crown prince’s power grab, according to the former White House official and two U.S. government officials with knowledge of the report. Like many others interviewed for this story, they declined to be identified because they were not authorized to speak about sensitive matters to the press.

In late October, Jared Kushner made an unannounced trip to Riyadh, catching some intelligence officials off guard. “The two princes are said to have stayed up until nearly 4 a.m. several nights, swapping stories and planning strategy,” the Washington Post’s David Ignatius reported at the time.

What exactly Kushner and the Saudi royal talked about in Riyadh may be known only to them, but after the meeting, Crown Prince Mohammed told confidants that Kushner had discussed the names of Saudis disloyal to the crown prince, according to three sources who have been in contact with members of the Saudi and Emirati royal families since the crackdown. Kushner, through his attorney’s spokesperson, denies having done so.

“Some questions by the media are so obviously false and ridiculous that they merit no response. This is one. The Intercept should know better,” said Peter Mirijanian, a spokesperson for Kushner’s lawyer Abbe Lowell.

On November 4, a week after Kushner returned to the U.S., the crown prince, known in official Washington by his initials MBS, launched what he called an anti-corruption crackdown. The Saudi government arrested dozens of members of the Saudi royal family and imprisoned them in the Ritz-Carlton Riyadh, which was first reported in English by The Intercept. The Saudi figures named in the President’s Daily Brief were among those rounded up; at least one was reportedly tortured.

The Saudi Embassy did not respond to questions from The Intercept. The White House referred questions to National Security Council spokesperson Michael Anton. Anton declined to comment, referring questions on Kushner’s discussions with MBS to Lowell.

It is likely that Crown Prince Mohammed would have known who his critics were without Kushner mentioning them, a U.S. government official who declined to be identified pointed out. The crown prince may also have had his own reasons for saying that Kushner shared information with him, even if that wasn’t true. Just the appearance that Kushner did so would send a powerful message to the crown prince’s allies and enemies that his actions were backed by the U.S. government.

One of the people MBS told about the discussion with Kushner was UAE Crown Prince Mohammed bin Zayed, according to a source who talks frequently to confidants of the Saudi and Emirati rulers. MBS bragged to the Emirati crown prince and others that Kushner was “in his pocket,” the source told The Intercept.

Access to the President’s Daily Brief is tightly guarded, but Trump has the legal authority to allow Kushner to disclose information contained in it. If Kushner discussed names with MBS as an approved tactic of U.S. foreign policy, the move would be a striking intervention by the U.S. into an unfolding power struggle at the top levels of an allied nation. If Kushner discussed the names with the Saudi prince without presidential authorization, however, he may have violated federal laws around the sharing of classified intelligence.

On November 6, two days after the detentions in the Ritz began, Trump took to Twitter to defend the crackdown:

In the months that followed, the arrestees were coerced into signing over billions in personal assets to the Saudi government. In December, the London-based Arabic-language newspaper Al-Quds Al-Arabi reported that Maj. Gen. Ali al-Qahtani had been tortured to death in the Ritz. Qahtani’s body showed signs of mistreatment, including a neck that was “twisted unnaturally as though it had been broken,” bruises, and “burn marks that appeared to be from electric shocks,” the New York Times reported earlier this month.

SENIOR U.S. GOVERNMENT officials have long worried about Kushner’s handling of sensitive foreign policy issues given his lack of diplomatic experience. They have also raised concerns about the possibility that foreign officials might try to influence him through business deals with his family’s real estate empire. Special Counsel Robert Mueller is reportedly examining Kushner’s business ties as part of his ongoing probe.

The Washington Post reported this week that former Secretary of State Rex Tillerson and National Security Adviser H.R. McMaster “expressed early concern that Kushner was freelancing U.S. foreign policy.” According to the Post, Tillerson once asked staffers in frustration: “Who is the secretary of state here?”

Indeed, Kushner has grown so close to the Saudi and Emirati crown princes that he has communicated with them directly using WhatsApp, a reasonably secure messaging app owned by Facebook and popular in the Middle East, according to a senior Western official and a source close to the Saudi royal family.

Asked about Kushner’s use of WhatsApp to communicate with foreign officials, his attorney’s spokesperson Mirijanian said, “Without commenting on who he talks with and how he does his work, Mr. Kushner is in conformity with the Presidential Records Act and other rules.” Kushner’s attorneys have since told him not to use the app for official business, according to a source with direct knowledge of the exchange.

Kushner’s unconventional communications with regional leaders excluded diplomats during the summer of 2017, when Saudi Arabia and the UAE initiated an economic blockade aimed at weakening their Gulf neighbor Qatar. Tillerson’s attempts to mediate the crisis were quickly undercut by Trump and Kushner, who supported the blockade. Three State Department officials told The Intercept that Tillerson was largely in the dark about Kushner’s communications with MBS during that period.

In the wake of MBS’s crackdown in Saudi Arabia, the National Security Council’s policy coordination committee suggested that Tillerson intervene and try to reason with the crown prince, according to a former White House official and a former State Department official. Tillerson declined, telling colleagues doing so would be “pointless” given that Kushner was already in close and direct contact with him.

The National Security Council’s Middle East adviser, retired U.S. Army Col. Michael Bell, has also complained in recent months that he was out of the loop on the Gulf crisis and the Arab-Israeli conflict, the former White House official said. Bell has told colleagues that Kushner frequently micromanaged those subjects through direct interaction with regional leaders, without offering Bell any worthwhile readout on their interactions.

Bell, speaking through National Security Council spokesperson Anton, denied that Kushner has kept him out of the loop and said he respects Kushner’s lead role in the region.

KUSHNER’S SUPPORT FOR Saudi Arabia and the UAE over Qatar in the Gulf crisis has raised questions about a possible conflict of interest. Kushner backed the blockade a month after Qatar’s ministry of finance rebuffed an attempt by Kushner’s real estate firm, Kushner Companies, to extract financing for the firm’s troubled flagship property at 666 Fifth Avenue.

In 2007, Kushner bought the landmark Manhattan building for $1.8 billion, putting down $500 million in cash raised largely by selling thousands of rental units the family had owned in New Jersey. It was widely regarded as overpriced at the time, and when the financial crisis hit, the value plummeted, wiping out much of the initial investment. The clock is now ticking toward a February 2019 deadline when a major mortgage payment will come due.

Since 2011, Kushner and his relatives have been searching the globe for a new investor. As recently as the spring of 2017, Charles Kushner, Jared’s father, asked former Qatari prime minister Sheikh Hamad bin Jassim al-Thani to invest in the building. Then in April 2017, Charles Kushner made a direct pitch to the Qatari government through the country’s minister of finance.

Qatar rejected the deal as not financially viable. In May, Trump traveled to Riyadh with Kushner, where the famous glowing orb photo was taken. In the wake of the meeting, Saudi Arabia, the UAE, and a handful of allied countries announced the blockade of Qatar, which is aligned with Iran, a key Saudi adversary. The crisis continues today.

“We could not understand why the Trump administration was so firmly taking the Saudis’ side in this dispute between the Saudis, the Emiratis, and Qatar, because the United States has very important interests in Qatar,” Sen. Chris Murphy, D-Conn., told George Stephanopoulos, host of ABC’s “This Week,” after The Intercept reported on Kushner Companies’ efforts to obtain financing from Qatar. Murphy was referring to Al Udeid Air Base in Qatar, home of U.S. Central Command, where thousands of U.S. troops are stationed.

“If the reason this administration put U.S. troops at risk in Qatar was to protect the Kushners’ financial interests, then that’s all the evidence you need to make some big changes in the White House,” Murphy said.

MBS is in Washington this week. On Tuesday, he was warmly received by Trump, who told reporters that the U.S.-Saudi relationship is “probably the strongest it’s ever been.”