Were Federal Election Laws Broken In The Stormy Daniels Pay Out? 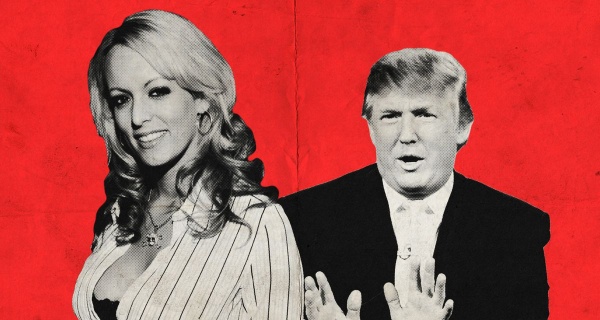 Last week, Stormy Daniels filed a lawsuit alleging that a non-disclosure agreement she signed prior to the election about an alleged affair she had with President Donald Trump is invalid. Her lawyer, Michael Avenatti, claimed that because Trump hadn't signed his name, the NDA didn't carry legal weight. At the same time, Trump's personal lawyer, Michael Cohen, paid Daniels $130,000, allegedly to stay quiet about the details of their alleged relationship – which the White House has denied. On Friday morning, Avenatti told CNN that the story is important because "cover-ups matter" – in this case, the claim that Donald Trump was not aware of the payout and gag order. In another dramatic twist, Daniels’ lawyers sent a letter on Monday morning addressed to Cohen informing him that his client would be more than happy to return the $130,000 if she could speak freely about the alleged affair.

The paperwork related to Daniels' lawsuit is filled with tantalizing details. The adult film star and the president are allegedly graced with the freakish fake names Peggy Peterson and David Dennison. References to "certain still images and/or text messages which were authored by or relate to DD" opens up the possibility that the nation might soon be treated to a Presidential dick pic – a political development that some progressive pundits were speculating about a little too giddily.

A more serious issue than what appears to have been a consensual relationship is whether the pay-out constitutes a breach of federal election law. Any individual payment exceeding $2,700 in support of a federal campaign violates federal election commission rules. And it's possible that, because of the timing of the payment, it could amount to a campaign contribution – meaning Trump or his lawyer would have broken the law.

Earlier this month, Democratic Reps. Ted Lieu and Kathleen Rice made the case that Trump and his lawyer may have broken the law by paying Daniels hush money before election day. "As members of Congress, we are troubled by these payments because they are evidence of moral failings by the President," they wrote in a letter to FBI director Christopher Wray. "As former prosecutors, we believe these payments may be felonies."

Members of Congress and former prosecutors might not be the best people to arbitrate standards of sexual morality, but Lieu points out that it's not about the affair; it's about a potential breach of federal election law. "Legal agencies shouldn't get involved because it was an affair, they should get involved because of the violation of federal campaign law," he tells Rolling Stone. The gag order, too, would be fine outside of the context of an election. "There is nothing wrong with contracts to silence people as long as this is not done during a presidential campaign," says Lieu. "That is the violation."

Legal scholars and campaign experts have noted that if it can proven that Trump's lawyer, Michael Cohen, made the payment to sway the election, rather than, say, to spare Melania Trump's feelings, there might be a case there.

"First of all, it's not clear if anybody broke the law," professor Richard L. Hasen, an election expert at the University of California, Irvine, tells Rolling Stone. "Let's say it's Michael Cohen's own money – then it would potentially be an excessive campaign contribution – that's assuming this is Cohen himself, which is far from clear. If true, the question would be whether or not this was a campaign-related expense or if it were done for a personal reason, such as, to keep Trump's reputation intact, unrelated to the campaign."

Another plausible scenario is that Cohen expected to be reimbursed by Trump, which slightly shifts the story. "You can give unlimited money [to your own campaign,] but it would have to disclosed in F.E.C. reports," Hasen says. "Which it was not."

Technically, the issue would be taken up by the Federal Election Commission and/or the Department of Justice (if criminal intent can be proven, which is a higher bar). But, as Hasen points out, the F.E.C. is down to only four commissioners and they'd all have to agree to pursue an investigation.

"The F.E.C. has not been all that aggressive in the past and they move slowly," he says. If the case were to move to the DOJ, Attorney General Jeff Sessions would have to recuse himself because he participated in the campaign.

But the public spotlight on Daniels might make a difference.

"On the other hand, this is an issue that has a lot of public attention," Hasen says. "That means everyone's going to watch really carefully, in terms of what the FEC and DOJ do." (Reached over email, counsel for FEC Commissioner Ellen L. Weintraub said she is unable to comment on the particulars of any enforcement matter that may or may not be before the Commission).

Thomas Frampton, a fellow and lecturer on law at Harvard Law School who's previously written about the issue, tells Rolling Stone that it looks like there's reason to believe Trump's lawyer may have violated F.E.C. rules with the payout – but that hardly means it will lead to anything, given the political climate.

"There's good reason to believe the reported payment may have violated federal election law," he says. "Based on what's been reported so far, there's certainly a prima facie case of an FECA (Federal Election Campaign Act) violation. John Edwards was indicted and tried for a lot less. But there's the law and there's the politics."

Lieu says that federal agencies need to look into it.

"The FBI should investigate," Lieu says. "These are federal felonies. If Michael Cohen did what he said he did, he should be prosecuted." (In a statement, Cohen denied any wrongdoing. "These incessant attacks against me are meritless and are concocted by the liberal mainstream media to continue to malign our President and distract the country from his historic achievements over the past year," he said. "This witch hunt has now gone from ludicrous to insane." Rolling Stone's request for comment was not immediately returned.)

Meanwhile, based on how the story pans out, there’s no reason why federal agencies wouldn’t be able to touch Trump.

"There's nothing in the Constitution that says a sitting president can't be indicted," says Lieu. "It's up to the prosecution and judicial branch. These are felonies. And you shouldn't let people commit felonies and have nothing happen."

"I do believe that the career professionals will do their job," adds Lieu. "And the professionals know they took an oath not to the President, but an oath to the Constitution."