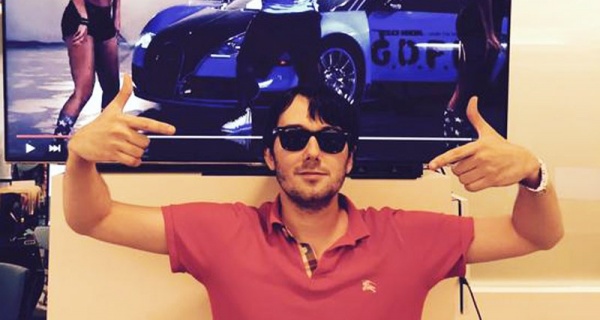 Convicted "pharma bro" fraudster Martin Shkreli is a man without any "genuine remorse" who should be sentenced to at least 15 years in prison for his crimes, federal prosecutors told a judge Tuesday

And, Judge Kiyo Matsumoto "should consider Shkreli's reprehensible conduct towards members of the public ... in fashioning an appropriate sentence," prosecutors said.

The 15-year minimum sentence they seek is much longer than the somewhere in the range of 12 to 18 months in prison that Shkreli's lawyers have called to be imposed at his sentencing Friday on securities fraud charges in Brooklyn, New York, federal court.

The prosecutors' own recommendation, which also calls for a "substantial fine," came in a sentencing memo filed in that court, where Shkreli was convicted in August of crimes related to hedge funds and a drug company he previously ran.

That memo includes excerpts of intercepted email communications Shkreli has had with others while in jail awaiting sentencing, including one missive in which he wrote "f--- the feds," and another in which he claimed his conviction was actually "a loss for the government."

Another email from Shkreli in February said that "no one spends millions of dollars on drug projects out of the goodness of their hearts ... the people who put up the money have one thing on their mind: making more."

"Whether its cutting prices or raising them its just a business and that can never change," Shkreli wrote, according to prosecutors.

They cited those emails, and other evidence, to strongly dispute the contention by Shkreli's defense team that he is a changed man, whose many purported laudable acts of charity entitle him to a light sentence, along with his ability to discover and develop lifesaving drugs.

"This portrayal of Shkreli is skewed," prosecutors wrote. "It does not accurately reflect who he truly is — a man who stands before this Court without showing any genuine remorse, a man who has consistently chosen to put profit and the cultivation of a public image before all else."

"And a man who believes the ends always justifies the means," wrote the prosecutors, underlying the word "always" for added effect.

Matsumoto will have wide discretion in how much or how little prison time she will give Shkreli.

But because of a ruling last week by Matsumoto, federal sentencing guidelines will suggest a very stiff prison sentence for the notorious former pharmaceutical company executive.

Matsumoto ruled that the amount of financial loss from Shkreli's crimes, at least for the purposes of sentencing, was $10.4 million.

The amount of loss plays a major role in determining how much prison time is recommended by the federal guidelines. And the large loss amount in Shkreli's case gives Matsumoto more than enough reason to impose a lengthy term of incarceration.

Matsumoto separately ruled on Monday that Shkreli must forfeit nearly $7.4 million to the federal government because of his crimes.

To secure that forfeiture, the judge also ordered him to give up his ownership of a one-of-a-kind Wu-Tang Clan album he had bought at auction for $2 million, a Picasso painting, a Lil Wayne album and his share of Vyera Pharmaceuticals, the drug company originally known as Turing Pharmaceuticals. Shkreli also was ordered to give up his claim to the $5 million in an E-Trade account that had previously secured his bail.

Shkreli first gained notoriety in 2015 when he was CEO of Turing and raised the price of its anti-parasite drug Daraprim by more than 5,000 percent, from $13.50 per pill to $750.

He was excoriated by many, including then-presidential candidates Donald Trump and Hillary Clinton, for having hiked the price of a medication used by pregnant women, infants, and patients with HIV. But he revealed in the public outrage — and in the reaction to his habit of making controversial comments on social media and elsewhere.

Shkreli, 34, has been locked up in a federal jail in Brooklyn without bail since last September because of one of his social media stunts.

Matsumoto revoked his $5 million release bond that month after Shkreli offered his Facebook followers a $5,000 bounty for samples of hair from former Secretary of State Clinton, a frequent target of his scorn.

Shkreli was convicted of defrauding a group of investors in two hedge funds he ran by having claimed, among other things, that the funds were delivering healthy returns at a time when they were actually losing money.

He also was convicted of manipulating shares in another drug company he later founded, Retrophin, whose stock and cash he also used to repay swindled investors in his hedge funds, MSMB Capital and MSMB Healthcare.

Shkreli's lawyers have argued that he should get a relatively light prison sentence at least in part because the investors not only recouped their original investments but actually ended up earning significantly more than what they had first given him.

Defense lawyers in a filing said Shkreli is "comprised of more than his criminal conduct," and deserves a break because of his various philanthropic and altruistic efforts.

"Specifically, he is a kind, caring and generous person who uses his time and effort to help those in need. If not warehoused in prison, Martin could literally save lives," lawyers wrote.

However, Matsumoto has said she does not give Shkreli credit for paying back investors with Retrophin assets because he only did so after investors started raising concerns about what they correctly suspected was fraud.

In a letter sent to Matsumoto last week, Shkreli wrote, "I was a fool," and called himself "far from blameless" as he asked the judge for leniency.

"I accept the fact that I made serious mistakes, but I still believe that I am a good person with much potential," Shkreli wrote from the Metropolitan Detention Center in Brooklyn.

"The trial and the six months in a maximum security prison has been a frightening wake-up call," Shkreli wrote. "I understand how I need to change."

Shkreli plans to appeal his conviction after he is sentenced.