Mueller's Leaked 'Hit List' Could Be Considered A 'Criminal Organization' 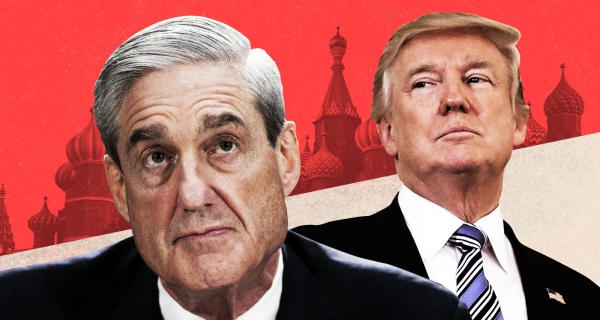 A grand-jury subpoena from the special counsel Robert Mueller's team reportedly targets the majority of Donald Trump's senior campaign team, including the president.

The subpoena, seen by and labeled a "hit list" by the news website Axios, asks for all texts, letters, handwritten notes, or communications of any kind starting from November 1, 2015, between one unnamed witness and the following people:

*Rick Gates, the deputy chairman of Trump's presidential campaign who is now cooperating with Mueller.

*Roger Stone, an adviser to Trump who left the campaign before November 1, 2015, but has admitted to having contact with WikiLeaks, the organization that leaked hacked emails from the Democratic National Convention.

November 1, 2015, the start of the subpoena's request, came nearly five months after Trump announced his candidacy.

In response to the report, Ned Price, a former CIA official who advised President Barack Obama and resigned from the agency rather than work for Trump's administration, tweeted that the subpoena indicated "Mueller is treating it like a criminal enterprise."

Price pointed out that the inclusion of Roger Stone, who worked with the campaign only briefly and had no subsequent role in the White House — but was found to have communicated with WikiLeaks — may indicate the subpoena is not about questions of obstruction of justice but instead whether Trump's team colluded with Russia.

Trump has repeatedly denied obstructing justice in the investigation or colluding with foreign agents, making "no collusion" a rallying cry on Twitter.