February: For Trump, The Scandals Continue 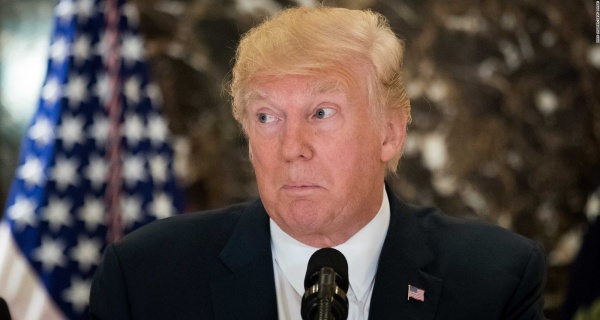 February is the shortest month of the year, but it was nonetheless a month that was jam-packed with scandals for the Trump White House.

As documented by Washington Post reporter Dan Eggen on Twitter, the past 28 days have seen the Trump administration produce a fire hose of nonstop scandals and controversies ranging from alleged cover-ups of domestic abuse to shady loans benefiting presidential sons-in-law.

As recapped by Eggen, here are the most insane Trump scandals that erupted in the last month alone.

1.) Trump defies the wishes of his own FBI and releases a partisan memo alleging surveillance abuse by American intelligence agencies. The memo is promptly trashed by national security experts as misleading and dishonest.

2.) Trump says that Democrats were “treasonous” for not applauding him during his State of the Union speech.

3.) White House chief of staff John Kelly says some undocumented immigrants are too “lazy” to “get up off their asses.”

4.) Trump orders the Pentagon to draw up plans for a North Korea-style military parade that even Fox News pundits found hard to stomach.

5.) Staff secretary Rob Porter resigns after two ex-wives come forward with claims that he physically abused them — complete with photos of one of the women with a black eye that she allegedly suffered at Porter’s hands.

6.) The White House tells multiple, conflicting stories about the events leading up to Porter’s departure — and cannot explain its own initial decision to defend Porter when the abuse allegations first dropped. John Kelly, in particular, is singled out for allegedly lying to both the media and his own White House colleagues about the role he played in the scandal.

7.) Trump says he felt sad that Porter had to resign while adding that he wished Porter well in any future career — without once mentioning any word of sympathy for the former wives he allegedly beat.

8.) The government briefly shuts down for the second time in 2018.

10.) In the wake of the horrific high school massacre in Parkland, Florida, Trump says that the FBI missed warning signs about shooter Nikolas Cruz because it was spending too much time investigating his presidential campaign for potentially colluding with Russia during the 2016 election.

11.) Former Trump aide Rick Gates pleads guilty to conspiracy against the United States and lying to federal investigators — and vows to cooperate with special counsel Robert Mueller’s probe into Russian interference in the 2016 election.

12.) Jared Kushner loses access to top-secret information amid concerns that he could be compromised by foreign governments.

14.) A report reveals that Kushner’s family businesses got massive loans shortly after meeting with bank executives in the White House.

15.) Trump attacks his own attorney general as “DISGRACEFUL” for not doing enough to investigate his political rivals.

16.) White House communications director Hope Hicks resigns just one day after admitting that she tells “white lies” on the president’s behalf during testimony before Congress.