Like Woodrow Wilson, Trump Made Broken Promises To Blacks 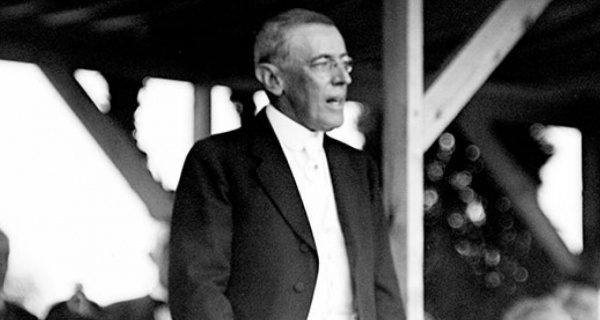 With February being Black History Month, it is quite fitting to seek to understand how certain conditions became established – in this case, the Jim Crow system that held Southern blacks in a form of enslavement and bondage. Many may be shocked to learn that black leaders living in the Northern states unwittingly contributed to the plight of blacks in the Southern states when they made a Faustian deal with one of most racist U.S. presidential candidates in the history of politics.

Let us take a look back into the history of black America’s epic journey from bondage and slavery, especially in the South, to the waning moments of the apartheid Jim Crow systems that deprived black people of dignity and their very humanity. Let us use the same measuring rod to determine and judge whether the actions of this group of people were wise or foolish. One would wager that this conveniently overlooked series of events helps to explain how black people in the South became so deprived and wanting while blacks in the North were practically thriving. Was it all because of that mystical Mason-Dixon Line, that once a black person found himself on the Southern side of it, he suddenly lost his humanity? Or was it something else? Here is some information most Americans have not been exposed to, but it helps to understand how and why things became as they were.

It is a fact that although President Abraham Lincoln’s Emancipation Proclamation ended slavery throughout the South, the Republican Party apparently forgot that it was the now-enabled black citizenry that kept them in power against their Democratic Party rivals. Instead of working to ensure black progress and support, the Republican Party machine soon began to court Southern whites as an effort to “reunite the nation.”

From 1900-1908, the U.S. presidents were William McKinley, Theodore Roosevelt and William H. Taft – all Republicans. However, it can be said that these three presidents became increasingly neglectful of their black constituents in both the North and South. At this time in American history, practically all of the federal government branches were integrated, but racist sentiments were beginning to determine policy: There were the U.S. Postal Service, U.S. Treasury and Interior Departments and the armed services, to name a few. But as time rolled forward, it became increasingly acceptable for federal agencies and offices to start separating blacks from whites, even though there had been no friction or animosity displayed. These were seen as efforts to mollify Southern Democrats in support of what the white Republicans thought would garner Southern favor.

Though black leaders complained to the three Republican presidents, not one of them moved to stop, quell nor hinder the subtle changes. By the time the 1912 presidential election cycle came around, black leaders – especially in the North and Northeast – began to seek greener pastures in giving Democratic Party candidate Woodrow Wilson a serious ear. Black notables such as W.E.B. Dubois, Ida B. Wells and William Monroe Trotter became very instrumental in convincing other black leaders that Woodrow Wilson was offering an olive branch to them because the Republican Party no longer cared. After several meetings with Wilson, the black leaders, particularly in the Northern states, became convinced that it was time to give Democrat Woodrow Wilson their support in exchange for him addressing their grievances and concerns.

Trotter especially became confident that as president, Wilson would devote whatever time and resources were necessary to correct the wrongs and discriminatory practices of the past. Trotter later wrote to a friend that “When we left he gave me a long handclasp, and used such a pleased tone that I was walking on air.”

This election included four presidential candidates: Roosevelt, Harding, Wilson and a socialist named Eugene Debbs. Roosevelt and Harding split the Republican vote, giving Wilson the victory. On Nov. 5, 1912, Woodrow Wilson was declared the winner, but the worst thing to happen to black America itself, especially throughout the South, was yet to come. President Wilson not only allowed segregation to continue, but actually promoted it throughout the nation.

“Only two years ago you were heralded as perhaps the second Lincoln, and now the Afro-American leaders who supported you are hounded as false leaders and traitors to their race.”

With Wilson being determined to convince Trotter and the other black leaders that segregation was a benefit for blacks and not a policy of degradation and humiliation, Trotter finally concluded, “We are sorely disappointed that you take the position that the separation itself is not wrong, is not injurious, is not rightly offensive to you.” This sent President Wilson into a heated rage! How dare a colored person speak to him in such a disrespectful manner!

Accusing the delegation of using the black vote as a tool for blackmail, Wilson then had the delegation “thrown out” of the White House. The delegation had been betrayed by President Woodrow Wilson. What started as policy and neglect by his Republican predecessors was about to become written into law throughout the South.

Up to that point and the years following that encounter, Wilson pressed forward in “correcting” the injustices foisted upon the white Southerners even during that brief period called Reconstruction. He:

*Justified segregation as being “a good thing” for black people.

*Filled his cabinet with segregationists, especially from the former Confederate states.

*Ordered the segregation of the military and all government agencies. Job applicants were required to attach a photo with the application.

*Sparked the rebirth of the Ku Klux Klan after previewing the movie “Birth of A Nation” at the White House in 1915. Wilson also authored a supportive statement for the Klan, which became a part of the silent movie’s script. As the KKK grew in strength and number as a terrorist organization, blacks throughout the South were denied rights and opportunities to vote.

Racial separation continued as policy under President Wilson, and by the time he was finished, it was established and known as Jim Crow. From the federal government level, to the states, counties and to the smallest city, town and village throughout the South in particular, Wilson’s policies and practices of racial segregation became acceptable.

This period in black and American history is known only by a few; however, it serves as the explanation for why blacks were hindered for decades