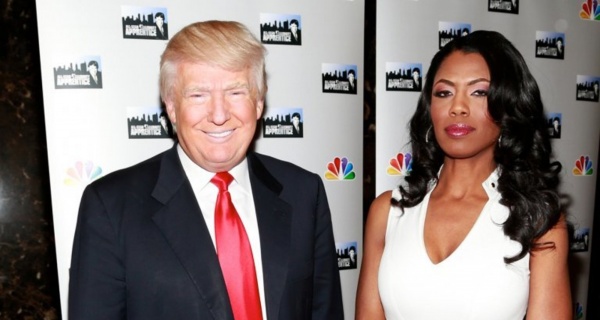 Omarosa Newman has turned into a broken water faucet. We cannot shut her off. And she seemingly cannot stop regurgitating the flow of privileged information she heard or engaged in with the president during her less-than one year employment in the West Wing.

Today, the reality star who first came to prominence as in 2004 through her histrionics, hysterics and theatrics on the inaugural season of Donald Trump’s “The Apprentice,” promises to put the contents of her experience with The Donald in a book and disclose the “horrors” that she’s gone through during that time.

On “Celebrity Big Brother,” Newman claimed that she is ready to tell the world what is really going on at the White House with Donald Trump in the Oval Office.

The daughter of Nigerian immigrants revealed that she is planning on writing a tell-all book about her short time as part of Trump’s team. She intimated that she will not hold back any details considering how much she’s been talking about it already.

“I am thinking of writing a tell-all sometime. He [Donald Trump] is going to come after me with everything he has. Like, I am going up against a kazillionaire,” Omarosa told her co-stars on the latest episode.

Omarosa, who is often referred to by her most unique first name, continued on, “I have to tell my truth. I am tired of being muted. All the stuff I just put on a shelf somewhere out of loyalty — I have been defending somebody for so long. And … now I am like, ‘Yo, you’re a special kind of f***ed up, and that special breed, they are about to learn all about it.”

Omarosa, who got her bachelor’s from Central State University in Ohio and a master’s at Howard University, said that as the only Black woman to procure a senior staff position in Trump’s administration she had to withstand some “horrors.”

This is not the first time the Youngstown, Ohio native threatened/promised to publish a tell-all about her time at the White House. Back in December when she resigned, Omarosa, 44, told Michael Strahan during a contentious interview on “Good Morning America”, “I’ve seen things that made me uncomfortable, that upset me, that affected me deeply and emotionally, that affected my community and my people. And when I can tell my story, it’s a profound story I know the world will want to hear.”