Billionaire Investor Says Trump Policies Could Cause A Recession By 2020 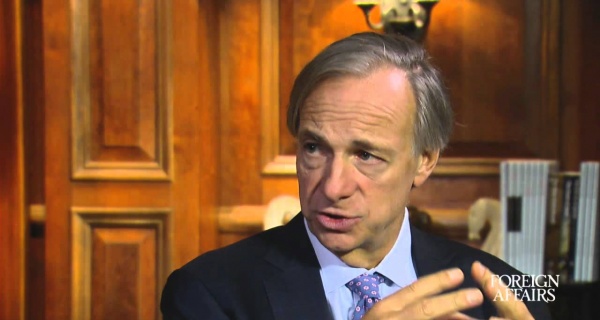 Date Posted: Friday, February 23rd, 2018
The roaring American economy will probably sink into a recession before President Trump stands for re-election in 2020.
At least that's the view of Ray Dalio, the billionaire investor who predicted the 2008 financial crisis.
"The probability of a recession prior to the next presidential election would be relatively high, 70% or something like that," Dalio said on Wednesday evening during an appearance at the Harvard Kennedy School's Institute of Politics.
Dalio, the mercurial chairman of hedge fund behemoth Bridgewater Associates, suggested Trump's efforts to pump up the economy with massive tax cuts and surging spending could backfire.
Even though the economy is booming right now, Dalio noted that "for various reasons, there has been a lot of stimulation hitting the gas." He said that this raises the risk of interest rates going up, hurting all asset prices.
Wall Street was rocked earlier this month by fears that higher inflation will force faster interest-rate hikes. Goldman Sachs (GS) CEO Lloyd Blankfein told CNN last week he's concerned about the Trump administration's spending spree overheating the economy.
Dalio believes the U.S. economy is in a "pre-bubble stage," but warned it could quickly morph into a bubble — "followed by a bust."
Of course, no one can predict exactly when the next downturn will occur. And there's no sign a recession is imminent.
Dalio is best known for his peculiar management style of "radical transparency," which among other things calls for recording most meetings. Bridgewater, which manages about $160 billion and used to employ former FBI director James Comey, has been called the world's "strangest hedge fund."
But Dalio knows a thing or two about economic busts. In 2007, he warned the Bush administration that many of the world's largest banks could go insolvent, according to a 2011 article in The New Yorker.
"We anticipated the financial crisis," Dalio said on Wednesday.
A recession by November 2020 isn't a crazy notion. The good times can't last forever, after all.
In May, the recovery from the Great Recession is poised to become the second-longest economic expansion in American history.
S&P Global Ratings wrote in a recent report that the recovery has a "good chance" to stay alive until the summer of 2019. That would make it the longest ever.
Guggenheim Partners, a New York-based investment firm, predicted last month that the next recession "will occur by the end of 2019 or 2020."
Seventy percent of investors polled by Bank of America Merrill Lynch this month believe the global economy is in "late cycle" — the highest percent since January 2008. Dalio agrees with that thinking.
Late cycle doesn't mean the good times are over. But it does mean that employers will struggle to find workers, pushing wages and inflation to levels that make the Federal Reserve nervous.
Inflation has been mysteriously low for years, but new signs of rising prices and wages have led to concerns on Wall Street. If inflation heats up too much, the Fed could raise interest rates so quickly that it tips the economy into recession.
Whenever it hits, the next downturn could be complicated by the widening gap between America's rich and poor.
Dalio said there's one economy for the country's top 40%, and another for the bottom 60%. Yet there's only one federal budget, leading to "conflict" over "how the pie is divided."
"I'm scared about a recession," Dalio said, "mostly because there are these two economies that exist."