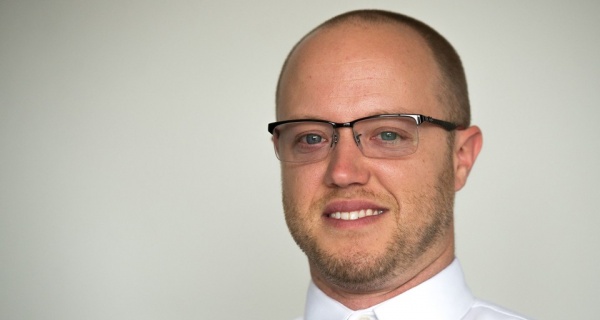 Date Posted: Tuesday, February 13th, 2018
A Republican chairman in Michigan denounced the Trump administration and resigned from his position as a local party leader—citing President Donald Trump's contribution to "more racism in our streets" and "more hatred between family members" as the final straw.
"I can no longer remain silent about our president. I have not seen a leader, I’ve only seen more of the same. More racism in our streets, on social media and schools; more hatred between family members;, more people feeling as if their human and civil rights are being violated; more drug overdoses; and more people feeling tormented and discriminated against because of who they worship and who they love," Brandon DeFrain, the former chairman of the Bay County Republican Party, wrote on Facebook last week. "I’m tired of attempting to defend a machine that does not defend the people I love."
DeFrain, 34, has served in the chairman role since December 2014, according to his LinkedIn profile. While working for the Republican Party, he encouraged members to strengthen GOP outreach efforts across Michigan.
Keep up with this story and more by subscribing now
He previously campaigned door to door for Mitt Romney and other Republicans, according to Michigan local news webste, Mlive.com.
In his Facebook post, shared on February 8, DeFrain said he was hesitant to express his thoughts on the Trump administration because he wanted to give the president a chance to serve. However, after speaking with people affiliated with "both sides," he said that he decided to reject all political parties.
"I do not support the actions coming from the White House," he wrote. "I felt a strong sense of unity in Bay County during the 2016 election. Despite some of the terrible things being said in campaigns around the country, I felt that people in our community could come together and embrace a change. But it seems that national politics only lead to us hating each other regardless who we vote for. I will no longer seek political office as a partisan represented candidate and I will no longer be more than an independent thinker working for the good of my family and my community.
DeFrain is far from the first Republican to cite Trump in a notice quitting the party. In December, a black Florida pastor said that Trump "has substantiated an erroneous belief that the Republican Party is prejudiced against black people."