Omarosa On The Trump White House: 'It's So Bad' 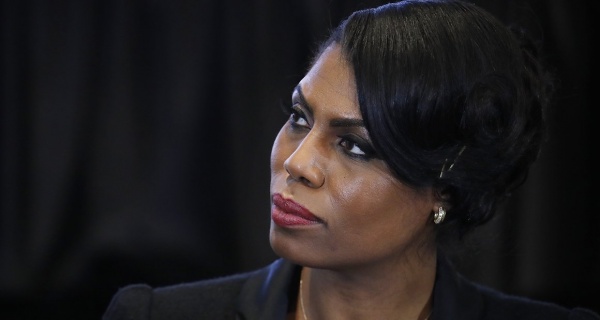 Former White House aide Omarosa Manigault Newman criticized her colleagues in the West Wing and indicated Americans should be concerned about President Donald Trump during an appearance on the “Celebrity Big Brother” reality show.

Manigault Newman defended her tenure in the administration as “serving my country, not serving him” and said she tried to warn the president against inflammatory posts to social media.

“I was haunted by tweets every day,” she said in a promotional clip released by CBS. “Like, what is he going to tweet next?”

The episode is to be broadcast today.

Manigault Newman, who gained renown as a villain on Trump’s first season of “The Apprentice,” had been director of communications for the White House Office of Public Liaison, which leads outreach to interest groups. She was a frequent presence at White House social events, but her precise duties were unclear even to many of her colleagues. Her departure in December was publicly described as mutual, but administration officials indicated she was asked to leave by White House Chief of Staff John Kelly.

During her appearance on the CBS show, Manigault Newman says her efforts to curb the president’s tweets were resisted by other staffers.

“It’s not my circus, not my monkeys, I’d like to say not my problem but I can’t say that because it’s bad,” she added.

Curled up on a couch in a blanket, she was asked by fellow cast member Ross Matthews if Americans should be worried about the president -- to which Manigault Newman nodded.

The White House did not immediately respond to a request for comment.