Why Are White Nationalist Thrilled With Trump's SOTU Speech? 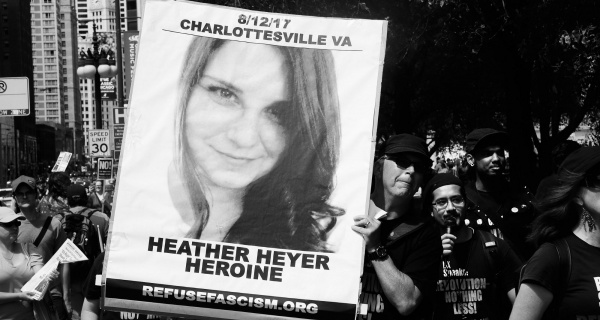 Donald Trump’s first State of the Union was a largely banal speech with few policy details and none of his signature asides and bravado. Overall, the reception to the speech has been cool. A CNN flash poll found it had “the lowest net positive rating for a State of the Union address since at least 1998.”

One line, however, stood out.

My duty and the sacred duty of every elected official in this chamber is to defend Americans — to protect their safety, their families, their communities, and their right to the American Dream. Because Americans are dreamers too.

The line mirrored Trump’s language last September when he announced he would rescind the DACA program that provided legal protection for undocumented immigrants brought to the United States as children, a group known as Dreamers. “[Y]oung Americans have dreams too,” Trump said.

The argument for DACA and the Dream Act, which would give a similar group permanent legal status, is that Dreamers are Americans. They had no choice in the decision to come to the United States, they grew up here and, in many cases, they have no connection to any other country. But Trump’s turn of phrase turns this concept on its head and pits “Americans” against “Dreamers.”

It was a message that was quickly embraced by white nationalists, who paired the phrase with stock photos of white people. Prominent white nationalist Richard Spencer, for instance, posted this image on Twitter during Trump’s speech:

@RichardBSpencer
“Americans are dreamers, too.”

It was celebrated in a similar way on GAB, a social network that caters to white nationalists.

Former KKK grand wizard David Duke thanked Trump for including the line in his speech.