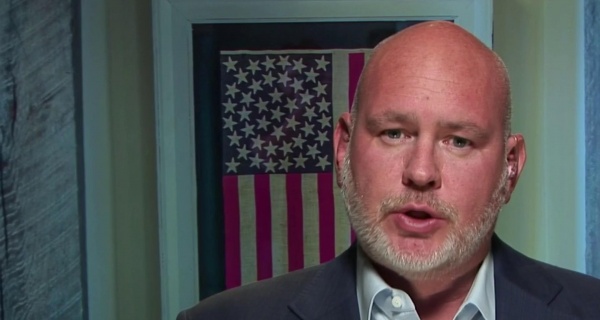 MSNBC's resident GOP strategist Steve Schmidt says that the "moment of supposed normalcy" surrounding President Trump's State of the Union address will soon dissipate from our minds "like smoke from a fire."

STEVE SCHMIDT: Across the depth and breadth of this, you saw a divisive speech, the wedge issue of immigration, the scare tactics of MS-13. There was no talk in this speech about the challenges the country faces over the next five years, ten years, fifteen years. Where are we going as a country?

So this divisive president came in tonight at probably the most divided this country has been in the last 50 years (since that year of 1968). He did nothing to appeal to the better angels of our nature, as a country in this speech.

More than anything, this was a speech delivered almost from an alternate reality, a fifth dimension, that presumes that nothing we heard from this president over the last year, nothing that we've seen actually in fact happened. And of course it did. And the American people know it. And so I think this is a speech that will not be long remembered. His words will float up like smoke from a fire and dissipate. In 24 hours, 48 hours, 72 hours from now, we'll see the typical recklessness, the looseness, the tweet out of left field that will extinguish this moment of supposed normalcy from our minds I suspect pretty quickly.