Trump Properties Earned A Fortune From The GOP And Foreign Governments In Year One Of His Presidency: Report 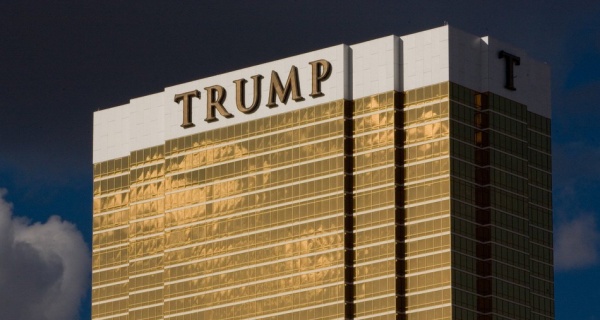 Dozens of foreign governments, special interest groups and GOP congressional campaign committees spent hundreds of thousands of dollars at President Donald Trump's properties during his first year in office, according to a watchdog report.

A study released by the non-profit Public Citizen said that these groups clearly intended to win over the president by helping his business empire profit as he sat in the Oval Office.

"There is no way to escape the conclusion that these events are being held at the Trump properties as a way to curry favor with the president," Public Citizen President Robert Weissman told NBC News. "It's just extraordinarily unlikely that these groups have an affinity for the Trump brand [that's] so great [that's] unrelated to the fact that the president happens to be named Trump."

Days before taking office, Trump infamously stood in front of stacks of folders during a press conference and said he was turning over control of his businesses to his sons, Eric Trump and Donald Trump Jr., and a Trump-appointed ethics advisor.

"They are not going to discuss [the business] with me," Trump said to quell conflict of interest concerns. But Trump still remained in control of his global empire and did not fully divest himself from its finances.

In 2017, Trump companies also sold more than $35 million worth of real estate to secretive buyers whose names were disguised under limited liability corporations, according to a USA Today report. Bobby Burchfield, the ethics adviser at the Trump Organization, has said the Trump Organization looks into all buyers to determine where their money is coming from before signing any deals.

Public Citizen's Weissman said that the Saudis were putting forth a "full-fledged effort to seduce Trump" by staying at the Trump International Hotel in Washington. The governments of Malaysia and Kuwait also booked rooms there.

A wave of reviews calling the president's D.C. hotel a "sh**hole" were added to its Yelp listing, after Trump used that phrase to refer to Haiti and African nations that are sending immigrants to America.

Watchdog groups including Public Citizen and Citizens for Responsibility and Ethics in Washington (CREW) have filed dozens of lawsuits against Trump over alleged conflicts of interest. CREW filed a lawsuit against Trump soon after he took office saying that the president had violated the anti-bribery emoluments clause of the U.S. Constitution by refusing to sell his business empire. A federal judge dismissed the case in December 2017.