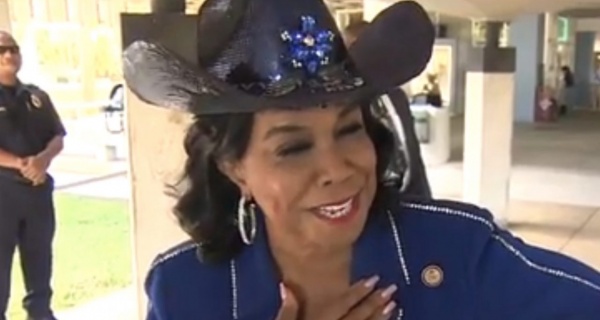 A Florida lawmaker on Monday hit back at what she said was President Donald Trump's “hateful” attitude toward black people and African countries, saying she would be boycotting his State of the Union address on Tuesday.

"To go would be to honor the president and I don't think he deserves to be honored at this time, after being so hateful towards black people and then black countries,” Representative Frederica Wilson told CNN on Monday.

Referring to derogatory comments Trump reportedly directed against Haiti and African nations a few weeks ago, Wilson, a Democrat who represents Florida’s 24th district, said “it hurts, and he has brought the White House to the lowest and I don’t think he needs to be honored with my presence.”

Trump has since denied he made those remarks.

This is not the first time Wilson has attacked Trump. In October, she criticized the president over his condolence call to Myeshia Johnson, the widow of Sergeant La David Johnson, one of four U.S. soldiers killed in combat in Niger.

Wilson, who said she heard the telephone exchange between Johnson and Trump, said he told the widow her husband “knew what he signed up for.”

Trump called his conversation with the widow “very respectful,” but White House Chief of Staff John Kelly kept the incident in the headlines by criticizing Wilson for sharing details of the call. Kelly also falsely claimed Wilson took credit for securing the funding for an FBI facility in 2015.

Wilson said the deadly incident in Niger was Trump’s “Benghazi,” a reference to the 2012 terrorist attack at the U.S. consulate in Libya, for which Republicans blamed then-Secretary of State Hillary Clinton.

In addition, several female Democrats, including House Minority Leader Nancy Pelosi, plan to wear black during the address, in a show of solidarity with the "MeToo" movement.