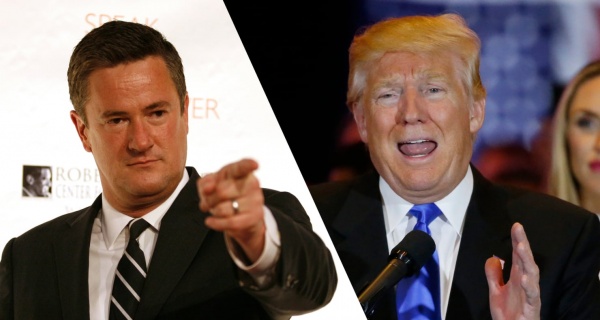 Date Posted: Monday, January 22nd, 2018
The United States survived President Trump’s first year in Washington. But the damage already done to democratic institutions at home and to our vital alliances abroad will surely linger long after the 45th president leaves the Oval Office. Trump has, in one year, laid waste to America’s diplomatic legacy, set in motion the destruction of the Republican Party and called into question constitutional safeguards that have served us well for two centuries.
Trump clearly believes a supposedly booming economy vindicates all. But this week, Forbes magazine ran a comparison of Trump’s and President Barack Obama’s economic records, which showed just how exaggerated the White House claims are that a Trump-inspired economic renaissance has swept across the United States. That Trumpian claim is so fake, it doesn’t hold water even on Wall Street.
To hear the president crow about the recent surge of the stock market, one might think the bull run of 2017 was greater during his first year than any other. But Forbes noted that stock prices grew at a faster pace during the Great Depression. Even Obama’s first year in office was more bullish, with the broad S&P 500 Index exploding by 23.5 percent compared with last year’s 19.4 percent clip.
The markets aren’t the only place where the petulant president falls short. The number of jobs created under Trump was lower in 2017 than during each of his predecessor’s final six years in office. Wage growth also declined after Trump became president. In fact, of the few areas where this president produced higher numbers than his predecessor, most were dubious achievements. The 2017 deficit under Trump climbed to $666 billion, up from $585 billion in 2016. The national debt crossed the $20 trillion threshold and is projected to rise faster in the future. And America’s trade deficit, which candidate Trump famously blamed on poor presidential dealmaking, was worse during Trump’s first year than in any of Obama’s eight. Like most of Trump’s braggadocious pronouncements, his claims clash with reality.
The president’s foreign policy pronouncements seem just as dangerously detached from the real world. The United States is less safe, less secure and less respected than it has been in decades. Documenting all of Trump’s failings abroad can be dizzying.
Let me attempt a quick summation:
America’s standing across the globe has been diminished by isolationism and angry tweets. Trump sullied the “special relationship” between the United States and Britain by blasting both the British prime minister and mayor of London after a terrorist attack. Trump insulted the prime minister of Australia, despite that country having stood by the United States during wartime for a century. The president also attacked Germany, our most steadfast ally in continental Europe, leading Chancellor Angela Merkel to tell her countrymen that they can no longer depend on the United States. Trump insulted France’s young leader by expressing support for his right-wing opponent and withdrawing — contrary to U.S. interests — from the Paris climate accords. And then came Trump’s piece de resistance for this tragic first year — a shocking slur against people from Haiti, El Salvador and countries in Africa.
All this ally-bashing was matched by Trump’s elevating the status of dictators and racist organizations. His kowtowing to President Vladimir Putin of Russia was as consistent as it was shameful. Little has changed since 2015, when Trump praised the Russian autocrat as a “strong leader” who “gets things done” after Mika Brzezinski and I noted that Putin assassinates troublesome journalists and political rivals. Trump also lavished praise on China’s Xi Jinping for “his great political victory” even as the communist strongman ruthlessly consolidated power.
This admiration of autocrats was not limited to leaders shaped by communism, however. Trump heaped praise on President Rodrigo Duterte of the Philippines for a bloody drug war scarred by extrajudicial killings. And while international organizations were condemning Turkish autocrat Recep Tayyip Erdogan for human rights abuses, Trump gave the tyrant “high marks” and said it was “a great honor” to meet him.
Trump’s embrace of tyrants, coupled with his contempt for democratically elected allies, has sent the United States’ standing across the world to record lows. But the most damning legacy of Trump’s first year is simply that he has ruled as an unrepentant racist who provided comfort to white supremacists after Charlottesville, attacked black athletes to score cheap political points and fought furiously to close America’s doors to anyone who doesn’t think, look or pray like his most avid supporters.
The damage done by that cruel legacy will be lasting.
As Donald Trump’s second year begins, Republicans must recognize that they can no longer be compliant. Democrats must fight as if nothing less than the future shape of our republic is at stake. Because the truth is that it may be.