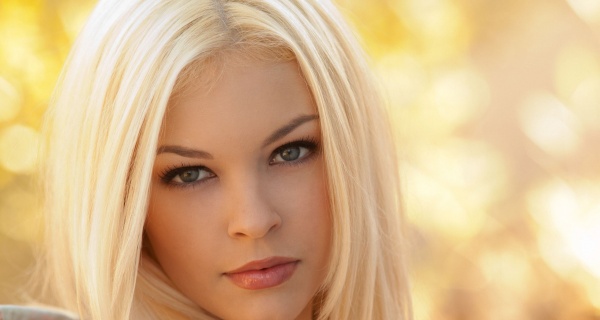 Stormy Daniels went into great detail about her alleged sexual encounter and subsequent meetings with Donald Trump years before he was elected President in a lengthy 5,000-word piece published in full by In Touch Friday.

The interview was originally conducted in 2011, years before the former adult film star reportedly signed a NDA preventing her from speaking out about her experience. The unedited interview may also mark the first time Daniels explained what allegedly took place at a golf tournament in Lake Tahoe, Nev., in July 2006, four months after Trump and wife Melania welcomed their son Barron, and later, non-sexual meetings and phone calls.

Daniels previously denied claims of an extramarital affair after the Wall Street Journal reported that Trump had paid her $130,000 through his lawyer to prevent her story from getting out.

According to The Journal, Trump's longtime lawyer Michael Cohen arranged for Daniels, nee Stephanie Clifford, to receive the payment just one month before the 2016 election. The paper reported that both Cohen and the White House denied the allegations of any such agreement; Cohen also released a statement from Daniels denying any "sexual and/or romantic affair" with Trump or the receipt of any "hush money" from the real estate mogul-turned politician.

“These rumors have circulated time and again since 2011,” Cohen said in his statement, in part. “President Trump once again vehemently denies any such occurrence as has Ms. Daniels.”

"My involvement with Donald Trump was limited to a few public appearances and nothing more," Daniels told CNN in a January 10 statement provided by Cohen. "When I met Donald Trump, he was gracious, professional and a complete gentleman to me and EVERYONE in my presence. Rumors that I have received hush money from Donald Trump are completely false.”

In excerpts of the 2011 interview released ahead of Friday's publication, Daniels said she couldn't recall why she agreed to have intercourse with Trump in the first place.

"I actually don't even remember why I did it but I do remember while we were having sex, I was like, 'Please don't try to pay me,'" Daniels said at the time. "And then I remember thinking, 'But I bet if he did, it would be a lot.'"

Here are eight things we learned about the alleged affair, based on Daniels' exhaustive account to In Touch:

1. Both Daniels and Trump were sober at the time of their alleged sexual encounter. Daniels told In Touch that she was invited to Trump's hotel room for dinner the same day she met him on the golf course and then again at the gift room, where she was helping promote Wicked Pictures. Though she doesn't recall what they had for dinner that night, she does remember that neither of them drank.

"I know that neither one of us had any alcohol … I don't drink when I'm working. I barely drink anyway, like ever," she said. "Anytime I've been photographed with a glass of champagne in my hand, it's really Red Bull. He didn't have any alcohol, either. I've never seen him drink. Maybe he doesn't. I'm not sure. Which is funny because he has a vodka [brand]. I actually remember saying, 'Aren't you going to drink your vodka?' at a different party. So yeah, I don't think he drinks."

During a press conference last October, Trump cited his late older brother Fred as the reason why he has chosen not to drink. (Fred died in 1981 at the age of 43 after struggling with alcoholism).

2. Daniels called their intercourse "textbook generic" and said that they didn't use protection, in part because she's allergic to latex. "It was kind of in the moment," she said of the decision not to use a condom. "And I was really kind of upset about it because I am so, like, careful." The former adult film star explained that her company at the time was "condom-only," but given that she is allergic to latex, she usually used non-latex condoms; she didn't have any on her that night. "I usually always have one in my backpack but I thought I was going to dinner, so I only had a tiny little cocktail purse," she said.

3. Daniels claims that Trump never mentioned wife Melania aside from telling Daniels, "Oh, don't worry about her," and she never met the future first lady in person. When asked what she thought about having an affair with a married man, Daniels said, "I don't know. Karma will always bite you in the ass. … At the time, I didn't think that much about it. But now that I have a baby that's the same age that his was at the time [Barron was four months when they allegedly began the affair], I'm like, 'Wow, what a dick.'"

"He didn't seem worried about it," she said of whether or not Trump instructed her to keep their interaction hush-hush. "He was kind of arrogant. It did occur to me, 'That's a really stupid move on your part.'" Earlier this month, The Wall Street Journal reported that Daniels was paid $130,000 to keep quiet about their affair. Daniels' boyfriend at the time knew about their ongoing affair, but not that they slept together. "He didn't know that detail but he knew everything else," she said. Daniels claimed she would put Trump on speakerphone whenever he called while she was with her then-boyfriend.

4. Daniels said Trump asked her to sign a copy of her DVD after they had sex, likely a copy he got from the gift room earlier that afternoon. "It was probably in one of his gift bags that he picked up because we were giving them out," she said. "I remember I signed it to him."

5. Some of Trump's dinner topics included the adult film industry, his fear of sharks, and how good he looked on the cover of "some sort of money magazine." "He asked me a lot of questions about my business," Daniels said of their first rendezvous. "You know, the business I work in and how it works and how it functions. All like technical questions. He was very curious. Not necessarily about the sex or anything like that, but business questions."

The second time the pair sat down to dinner, this time at the Beverly Hills Hotel approximately one year later, Trump was fixated on sharks. "The strangest thing about that night – this was the best thing ever," she said. "You could see the television from the little dining room table and he was watching Shark Week and he was watching a special about the U.S.S. something and it sank and it was like the worst shark attack in history. He is obsessed with sharks. Terrified of sharks. He was like, 'I donate to all these charities and I would never donate to any charity that helps sharks. I hope all the sharks die.' He was like riveted. He was like obsessed."

6. Trump seemingly hinted that he wanted to get Daniels on Celebrity Apprentice. During their first dinner, Trump allegedly told Daniels that it would be "really, really good for [her]" to be on the show. "'People would think you're just this idiot with blond hair and big boobs'," he said, according to Daniels. "'You would be perfect for it because you're such a smart businesswoman. You write and you direct and you produce and obviously you're hot and you're beautiful.'"

Despite continually calling Daniels throughout the year and promising her that he would "make it happen," Trump ultimately wasn't able to get Daniels on the NBC reality competition show because, he allegedly told her, "'there's somebody that had a problem and it got vetoed.'" When another porn star, Jenna Jameson, appeared on season seven of the show, Daniels said Trump called her and said, "'Did you see Jenna Jameson on my show? I didn't know she was going to go on. That's bullshit. She made fool of herself. … She's a bimbo. You're so much better.'" Daniels told Trump she "didn't even know about it."

7. Trump told Daniels that he believed his wealth and his power are linked to his hair. According to Daniels, when the two were engaging in banter prior to their sexual encounter, she at one point asked him about his infamous, enigmatic hairstyle. "He said he thought that if he cut his hair or changed it, that he would lose his power and his wealth," Daniels said. "And I laughed hysterically at him."

8. Daniels said one of the main reasons she spoke out to In Touch was because she heard from a friend that Trump had been publicly bashing adult film stars. "It's not something I did come forward with," she said of sharing details about being intimate with Trump. "My friend called me and was like, 'Hey, so I was having a conversation with somebody and they mentioned … and is it true?' and I was like, 'Yeah, well over a year, I talked to him all the time.' And she was like, 'You know, he thinks really lowly of girls who …' She said he said some stuff about somebody else, I have no idea who … it was very derogatory, and that makes me more mad than anything."

Daniels pointed to Trump's denial about having relations with another woman around that same time, and how he "went on some tirade" about how he "would never be associated with someone" like that. Hearing Trump's words made Daniels wonder if Trump's allusions to a Celebrity Apprentice were "just a fucking lie" so he could have sex with her. "Like I said, if I was his wife and I found out that my husband stuck his dick in a hundred girls, I would be less mad about that then the fact that he went to dinner and had like this ongoing relationship."