Is America Losing Its Soul? 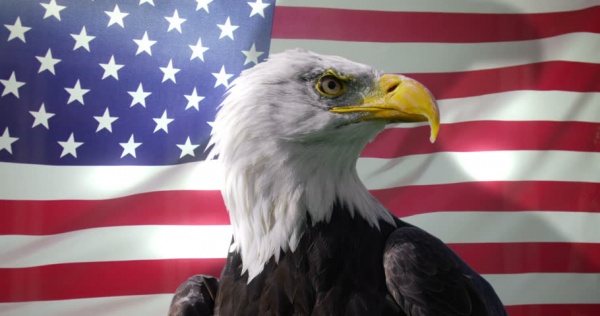 When former President Barack Obama concluded his farewell address on Jan. 11, 2017, Bruce Springsteen’s anthem, “Land of Hope and Dreams,” played for the 18,000 supporters who had crowded into McCormick Place in Chicago. Obama’s soaring speech, followed by Springsteen’s song, offered a momentary respite from the grief, dread and shock many Americans experienced after the election of Donald Trump.

As the night came to a close and Michelle and Barack Obama walked off the stage hand in hand, one era was ending and another was coming into sharper view. Obama’s and Springsteen’s messages blended together to reassure listeners that everything would be all right: “Leave behind your sorrows/Let this day be the last/Tomorrow there’ll be sunshine/And all this darkness past.”

One year after Trump’s inauguration, a majority of Americans know that everything is not all right. The darkness that Springsteen sang about has not passed. Instead, it has surrounded and battered us on a daily, sometimes hourly, basis. Just when we think things can’t get any worse, news breaks of another ill-informed, inappropriate and unpresidential tweet.

Trump’s lead role in escalating tensions between the United States and North Korea created mass hysteria in Hawaii when an emergency message was sent in error about a ballistic missile threat. Hawaiians and tourists ran to seek shelter and wrote frantic goodbyes via text message to their loved ones. Pick your nightmare. Anything is possible—even nuclear holocaust—with Trump as president.

We have serious cause to question whether our democratic principles will endure. Let’s face the facts: The president of the United States is a racist, a xenophobe, a sexual predator, a chauvinist, and a thin-skinned and small-minded man who lacks empathy, morality and competence. He knows too little history to recognize that he is on the wrong side of it.

It is not only naive but it is dangerous to excuse Trump’s words and actions with a wave of the hand and an assertion, as House Speaker Paul Ryan made after “candid conversations” with Trump, that “his heart is in the right place.”

It is equally wrongheaded to claim that we could not have known that Trump would disparage women and people of color as viciously as he has. Recall Trump’s comments before the election about grabbing women’s genitalia or his view that Mexico was sending “criminals” and “rapists” to America. Indeed, Trump catapulted himself into the political arena by ruthlessly questioning the citizenship status and the birth certificate of the country’s first black president.

But Trump’s racist deeds did not begin with his run for president or his decision to absolve neo-Nazis and white supremacists in Charlottesville, Va., for their hateful acts this summer. For the last 40 years, Trump has actively engaged in stoking this country’s racist fires.

The Justice Department sued Trump in 1973 for racial discrimination because he would not rent apartments in some of his housing developments to African Americans. In 1989 Trump spent $85,000 on full-page advertisements in New York City newspapers that called for the death penalty for the African-American and Latino teenagers who were wrongly accused of raping a white woman in the city’s Central Park.

Americans knew who they were voting for, and still, they elected Trump.

If Trump has his way, America will no longer be a place where countless success stories of immigrants and the sons and daughters of immigrants are possible.
For the past two years, Trump has dishonored the day that celebrates the life of Martin Luther King Jr. While former presidents—Republicans and Democrats alike—have honored the wishes of the King family and participated in a day of service, this year, Trump played golf.

Last year, during the weekend of the King holiday, Trump mischaracterized the district of civil rights icon Rep. John Lewis (D-Ga.) as “falling apart (not to mention crime-infested)” and “in horrible shape.” This was yet another example of Trump’s ignorance: The district, which includes parts of Atlanta and its suburbs, is, in fact, a prosperous hub of tech companies and colleges.

As the 50th anniversary of King’s assassination approaches this April, we must steel ourselves for more unpresidential behavior, as we have no reason to expect anything else.

Trump’s comments about “shithole countries” should come as no surprise to those who are familiar with his long history of racism and who have followed his rise to power. But what makes these comments so disturbing is not whether they prove that Trump is a racist. We already knew that. His comments erode American values.

A poll released Thursday showed a free fall in other nations’ approval of American leadership, with such approval down 18 points to a historical low of 30 percent. The United States lags behind Germany and China and ranks just slightly ahead of Russia. Recall that on the campaign trail, Trump repeatedly boasted that he would restore the respect that Obama had supposedly lost while in office.

Bruce Springsteen’s song underscores American ideals and uses the image of a train as a powerful metaphor for America as a nation of immigrants. Springsteen calls for a motley group of passengers to board a train and meet him in the “land of hope and dreams.” This train, we are told, carries “saints and sinners,” “losers and winners,” “whores and gamblers,” “lost souls,” the “brokenhearted,” “thieves and sweet souls departed,” and “fools and kings.” These passengers do not need tickets, Springsteen explains; all they have to do is “just get on board.”

One could argue that throughout his presidency, Obama told people in the United States and around the world that in America, a singular opportunity existed to take a seat on the train that Springsteen describes. Obama reminded us that “in no other country on earth is [his] story even possible.” The son of a Kenyan immigrant, a black man named Barack Hussein Obama had ascended to the highest office in the United States.

If Trump has his way, America will no longer be a place where countless success stories of immigrants and the sons and daughters of immigrants are possible. America will be a fundamentally different country. We have already seen parents separated from their children and deported after living in the United States for 30 years. The lives of 800,000 “Dreamers” continue to hang in the balance after Trump ended the Obama administration Deferred Action for Childhood Arrivals program in September.

If we give up on the hard work of maintaining a vibrant and diverse democracy and if we stop striving to become a “more perfect union,” we will become more isolated and more diminished in the eyes of the world than we are now. We have always fallen short of our ideals, but the current occupant of the White House appears woefully ignorant of what those ideals are.

Trump sorely needs a history lesson to learn about the untold contributions of immigrants who built this country and risked their lives to defend it. Trump has no curiosity or knowledge about the realities of the lives of Haitian immigrants, who he believes “all have AIDS.” Nor does he understand Haiti’s historic achievement of becoming the world’s first black republic in 1804.

He fails to grasp the consequences of military interventions, imperialism and economic exploitation that Haiti has faced. He believes that Nigerians live in “huts” and remains unaware that according to the U.S. census, Nigerian immigrants eclipse both whites and Asians and have the highest levels of education in the country.

It will be a herculean, if not impossible, task to disabuse Trump of the numerous stereotypes, unsophisticated thoughts and outright incorrect ideas that he holds.

One wonders if Trump knows that Founding Father and fellow New Yorker Alexander Hamilton was an immigrant born to unmarried parents on the West Indian island of Nevis. Hamilton, who created a national bank and would become the first secretary of the treasury, moved with his mother to St. Croix, which was devastated by a hurricane in 1772. He eventually made it to New York after impressing local businessmen who raised money for his passage upon reading his eloquent report about the hurricane in a local newspaper.

The preservation of American values and principles requires the courage and constant vigilance of political officials—Republican and Democrat—and everyday citizens. The “land of hope and dreams” that Bruce Springsteen sang of is not guaranteed to last forever.