Omarosa May Have Audio Of Her White House Discussions 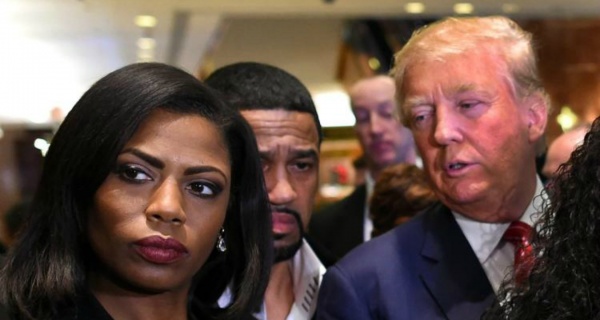 The former reality TV star’s official last day in the Trump administration is Saturday — despite the abrupt announcement of her departure last month — and her next step seems to be lawyering up.

The soon-to-be former assistant to President Trump and director of communications for the White House Office of Public Liaison has held exploratory meetings with several high profile attorneys for potential representation, a source told The News.

It is not immediately clear why the former “Apprentice” star is seeking legal help, but those with knowledge of her unceremonious removal from the White House say she is “very concerned” that trouble is on the horizon.

The 43-year-old apparently believes she may become a fixture in Mueller’s investigation into possible connections between the Trump campaign and Russia’s election meddling.

“Everyone knows Omarosa loves to record people and meetings using the voice notes app on her iPhone,” a source disclosed. “Don’t be surprised if she has secret audio files on everyone in that White House, past and present staffers included.”

A recent ban on personal cell phones in the West Wing, which followed the release of Michael Wolff’s explosive White House tell-all was related to Manigault-Newman’s track record of recording conversations, the source added.

But a White House insider balked at the idea of Manigault-Newman being privy to any inside information that could be relevant to Mueller’s probe — or of interest to anyone else for that matter.

Interest in a political memoir the exiled staffer has been “nonexistent,” according to the administration source. A recent report from Life & Style Weekly claimed Manigault-Newman could get upward of $10 million for a book deal.

The White House and Manigault-Newman did not respond to requests for comment.