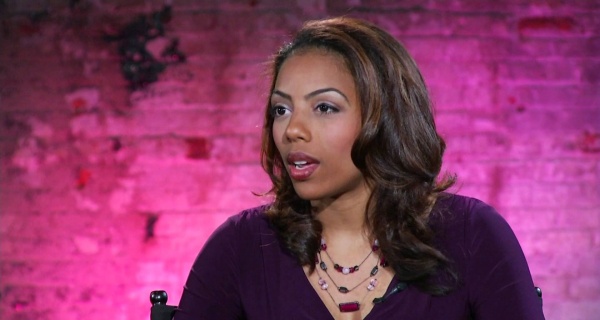 Date Posted: Tuesday, January 16th, 2018
A news anchor in Dallas launched into a passionate on-air segment about the president’s derogatory remarks toward Haiti and African nations on Friday. The video has been viewed millions of times on Facebook.
Alisha Laventure. She used a broadcast on Friday to speak about an issue close to her heart. Laventure is the daughter of Haitian immigrants. She said Friday that she took issue with President Donald Trump’s reported statements in which he referred to Haiti and some African nations as “shithole countries,” and said he’d prefer immigrants from countries such as Norway.
Laventure declined to be interviewed about the broadcast.
After reporting on a Dallas pastor’s defense of Trump’s comments, Laventure launched into a speech about her parents, who immigrated to the United States as children and worked hard to build a life for themselves. In it, she asks how the president could “criticize people who are simply trying to come to this country to live a better life.”
Laventure goes on to call the remarks crass, hurtful and racist. “I’m only supposed to be unbiased and report the facts,” Laventure said during the emotional broadcast, which the station labeled as commentary. “But the fact is, what the president said yesterday was wrong. It was so wrong, I can’t even repeat it on air.”
Laventure posted a video of the broadcast to her Facebook page Jan. 12. It’s since been viewed more than 5 million times and shared more than 120,000 times.
“I have always been proud of my Haitian heritage and at the end of the day, I believe everyone deserves respect,” Laventure wrote along with her post.