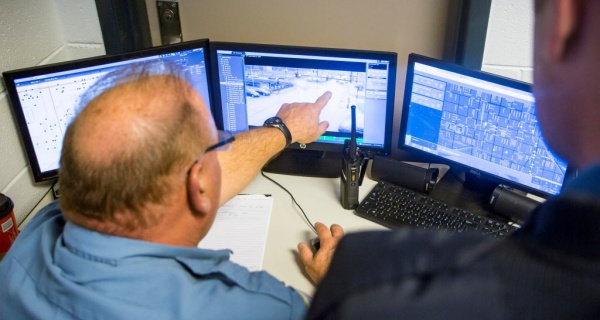 When 22-year-old Kendrick Thornton of Bellwood was shot to death last year in Garfield Park, his body was found riddled with bullets — he’d been shot 38 times.

The same month, August 2016, another man, 29-year-old Donta Jerome Lee of Maywood, who was gunned down on the West Side died after being shot 23 times in Austin.

They were among seven men who died that month in Chicago after being shot at least 10 times, according to a Chicago Sun-Times review that’s found that someone shot to death in Cook County these days is likely to have been hit with nearly twice as many bullets than shooting victims were a quarter-century ago.

Dr. Ponni Arunkumar, Cook County’s chief medical examiner, says the sense among her staff is that they are being kept busy by more shooting victims coming in with multiple gunshot wounds. But they don’t keep track overall of how many people are shot how many times.

In an effort to quantify that, the Sun-Times did a sampling, reviewing medical examiner’s reports for every person shot to death in Cook County in the typically violent summer month of August in two of the bloodiest years that Chicago has seen — 2016 and 1992.

There were 85 murder victims killed by gunfire in August 2016 and 77 shot to death in August 1992. Almost all of the shootings occurred in Chicago, with just a handful in Cook County’s suburbs.

Those shot to death last year had been struck by an average of 4.25 bullets, the analysis found. On average, the victims in the 1992 sampling were hit by 2.5 bullets.

• While seven of the 2016 gunshot victims had been shot at least 10 times, just three of the people killed by gunfire in August 1992 were.

• Of those who died after being hit by a single bullet, a larger percentage of the 1992 victims suffered a wound to the body, rather than the head.

• Twenty percent of those killed in August 2016 were sitting in a vehicle when they were shot, compared with just 5 percent in August 1992.

“Certainly in past decades, there were a lot less multiple gunshot wounds,” says Dr. Faran Bokhari, chairman of the trauma and burn unit at Cook County’s Stroger Hospital.

More than a matter of curiosity, for trauma doctors and the medical examiner’s office, the findings reflect the increasingly complicated job they face.

At the medical examiner’s office, the victim of a fatal shooting who was shot only once is still as dead as someone shot multiple times. But the forensic pathologists there try to remove every bullet because they might become important evidence in a murder investigation. So more bullets mean more work.

“In most cases, when someone’s shot two or three times, it may take two hours for the doctor to complete the case,” Arunkumar says. “But when they are shot eight or 17 times, it will take at least five hours to document the wounds and do the autopsy. We have seen cases that take a full eight hours to get all the bullets out.”

Another complicating factor, she says, is that her doctors are seeing more bullets that have shattered on impact, including the “R.I.P.” bullet — short for radically invasive projectile. These hollow-point bullets fragment into six to eight triangular pieces, creating multiple wounds from a single bullet.

To help deal with the increased demands, Arunkumar says she has gotten approval from the county to add two employees to help the doctors who work in the autopsy rooms.

Dr. John Barrett, who headed the trauma unit at Stroger Hospital, then called Cook County Hospital, from 1982 to 2002, sees a likely reason for why more people are dying after being struck by more bullets. Barrett, who after dealing with the victims of gunfire has become an advocate for more gun control, blames the preference of criminals today for semiautomatic firearms equipped with extended-capacity bullet magazines — bullet-storage and feeding devices. Those allow them to spray 10 or more bullets at a time. Six-shot revolvers were far more common on the streets when he ran the trauma unit, he says.

Barrett says he saw the number of people with multiple gunshot wounds begin to rise when he worked in the emergency room.

“Back in the ’90s, the police were saying they were seeing shell casings littered all over the place,” says Barrett, now retired. “The number of people struck by more than one bullet went from 5 percent to more than 25 percent. And the injury capacity of the bullets we were seeing was increasing exponentially.”

Barrett says he respects the right of a law-abiding citizen to own a gun for self-defense and to carry a concealed weapon after getting a permit. But he says there should be limits on the types of guns people can buy and the number of bullets those guns can fire.

In September, Rep. Elizabeth Esty, D-Conn., introduced a bill in Congress to prohibit the sale or possession of most “large-capacity ammunition feeding devices” that can fire more than 10 rounds. The National Rifle Association opposes the bill.

Though more people are ending up dead with more bullets in their bodies, the number of fatal shootings in 2016 — when violence in Chicago regularly made national news — was still lower than in 1992 mostly because of improvements in trauma medicine, Barrett and Bokhari say.

They say vast improvements that have been made since then in the care that gunshot victims are given, starting with paramedics and continuing at hospitals, routinely save people who would have been likely to die from fewer wounds in the past.

“You think it’s bad now – it could be worse,” says Barrett. “A lot of people are being saved now that would have died before.”

Better surgical techniques have allowed doctors to improve survival rates for certain types of wounds, such as gunshots to the liver, Bokhari says. Other changes in medical practices have helped save more lives, too, he says.

For example, doctors used to give “a lot more saltwater to patients who lost blood,” according to Bokhari. “Now, we give a lot more blood. And we put it in very fast.

“It’s a small victory for us to take a person with a 90 percent chance of dying and give him a 50 percent chance of dying,” Bokhari says. “I think the firepower has grown, and certain [medical] techniques have improved. But the net is not in our favor. We’re not scoring as many goals as I would like. And there are limits to what you can do after the damage is done.”

Another Chicago trauma surgeon says that counting the number of bullet holes in bodies doesn’t have any relevance to saving lives.

“It’s not about the number of times you get shot; it’s about what gets hit,” says the doctor, who spoke on the condition his name not be used because he didn’t have permission from his hospital to offer his views. “If a patient dies, the probability is that one of the bullets killed them, not 10 of them.”

Head wounds, for instance, “usually have a very poor outcome,” and hemorrhages to the body cavity are the other top cause of death in gunshot victims.

“But we’re saving most of them,” says the surgeon.

He says he thinks any focus on the lethality of guns in Chicago should involve what he says has been the growing number of patients coming in with wounds from high-powered rifles, which can cause more devastating injuries than handguns.