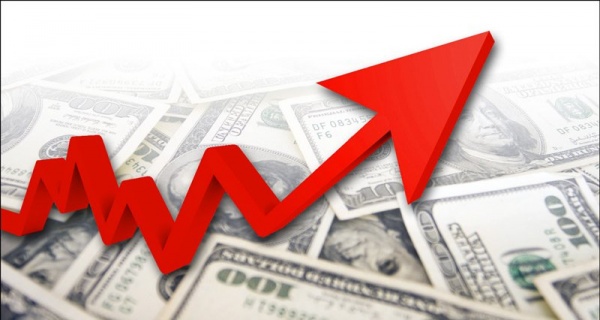 It's New Year's Day, so it's time for football, hangovers, resolutions — and forecasts.

With the first three, you're on your own. But for forecasts, we have economists to help. They get paid to peer into the future, and in general, they are seeing good times ahead, thanks to an upbeat business cycle.

"The stage is set for continued solid growth in 2018," Nariman Behravesh, chief economist at IHS Markit, said in his annual forecast. "While economic risks remain, most are low-level threats to the overall picture for 2018."

That view is shared by most mainstream economists and stock market analysts. Here are a few of the typical comments issued recently by experts:

"Strong growth has helped move the economy to near, or even beyond, full employment," according to Lewis Alexander, Nomura chief U.S. economist. "Overall, our forecast is for the U.S. economy to continue to grow above potential."

"We forecast 8-10% returns for the S&P 500 in 2018," said John Lynch, chief investment strategist for LPL Financial. "The S&P 500 is well positioned to generate strong earnings."

You get the picture: It's rosy.

The key reason for such optimism is the growth happening around the world. After a crushing global financial crisis that started in 2008, many parts of the world have taken a long time to bounce back. For example, Europe, which was hit hard by the recession, bounced back in 2017 and is on track to expand at a decent 2.2 percent in 2018, thanks to "falling unemployment, a competitive euro helping exports and a supportive policy backdrop," Behravesh said.

When Europeans are in better financial shape, they buy more U.S. goods and services. And emerging markets are perking up too. Overall, global growth should hit a healthy 3.2 percent in the new year, he predicts.

For Behravesh, this is the bottom line: "Risk of recession remains low."

Are there clouds anywhere in the sky? If one thing gives analysts pause, it's the still-slow growth in wages. Consumers have perked up in attitude, but their income growth has continued to be restrained.

So bosses: If you want the good times to roll, you might want to start the new year by giving your workers a raise.