Man Shares Story Of How Heroin Ended His Daughter's Life 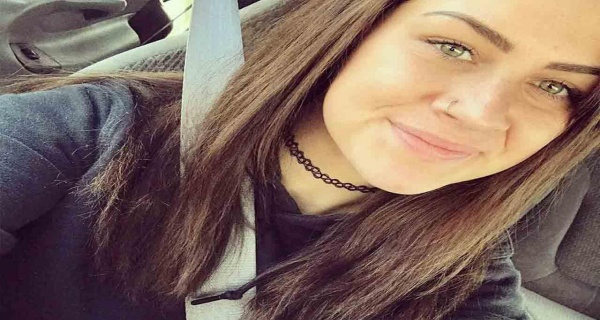 An Ohio man shared a heartbreaking post about his daughter's death after she overdosed on heroin on Christmas Eve.

In a Facebook post-Tuesday, Tim Sherman of Eastlake, Ohio, shared the story of his daughter Karisten Sherman's struggle with heroin addiction. Sherman said he believed Karisten had been clean for a little over a year when he got a call from police that no parent wants to receive.

"At 5:50 p.m. I got the call from the [Detective] at Eastlake Police that my daughter was found dead in her bed from an overdose," he wrote. "I immediately fell to my knees in the snow and began to cry like a baby. I could not believe that my Tigger had done this."

Sherman said he drove to his daughter's house in record time and saw her sitting upright and dead in her bed.

"She ...had her arms straight out with a slight bend at the elbow, fists clenched, with her thumbs tucked under her fingers grasping so tight at what looked like she was trying to grab life back in her," he said. "She was all blue-faced, veins out, had a little blood from her nose, and her teeth were so tight together that her mouth wouldn’t open."

He said the police told him he couldn't touch his daughter without gloves because there could be lethal powder on her skin.

"I ask for gloves and glove up cause I’ll be damned if I’m not going to help my daughter One last time or hug her and let her know I Love her," he wrote.

Sherman wrote that he'd once told his daughter that if she didn't get clean, he'd have to zip her up in a body bag one day.

"Well, I kept my word and spread the bag out and carefully placed her in it to say goodbye to her so they can find out what it was that she took," he wrote. "I zipped her up in her body bag and helped them carefully place her on the cot."

Sherman said his daughter's addiction started with Xanax, and she later turned to heroin because it was cheaper and more available.

He said he is still shocked by his daughter's death, especially because she repeatedly expressed her desire to never "go back to that stuff ever again."

"I just want ALL of you to know that no matter who you are or what you do or how perfect you think someone is, that this Heroin sh*t can come into anybody’s life and destroy it," he wrote. "Do not be blind to this."